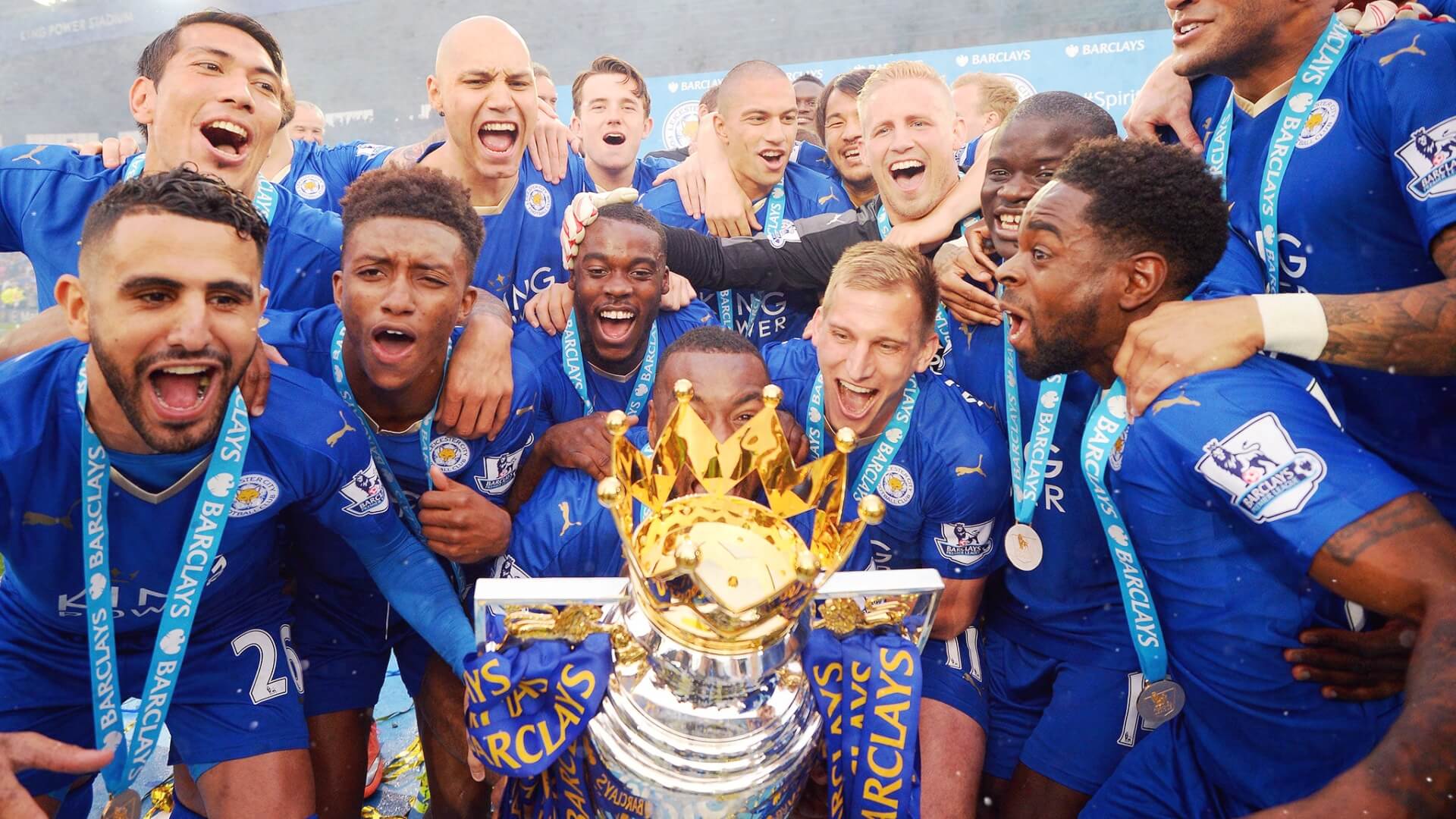 Despite the UK’s modest size, the English Premier League’s international reach makes it the 5th most profitable sports league in the world.

It should come as no surprise that it’s a playground for the world’s super-rich – with Russian Oligarchs, Middle Eastern Sheikhs, American Tycoons, and the occasional English Billionaire.

From the turn of the century up until 2016, the 24-team league was dominated by the “Big Four” – Arsenal (2 titles), Chelsea (4 titles), Manchester United (7 titles), and Liverpool (always close but no cigar).

These teams were untouchable – financially, and on the field.

If you were going to choose a side to crack open this proverbial nut, Leicester City (pronounced “Les-ter”) aka “The Foxes” wouldn’t be your first bet.

“Little Leicester, from the English provinces, with their genial old Italian coach…and their motley crew of rejects, unknowns, and never-weres.” – The Guardian, 2016

The small midlands city of Leicester is pretty unremarkable.

Perhaps its only claim to fame is a former King of England who was found buried under a car park.

The club had been declining for the last decade since their hay-days competing in the Premier League through the 90s.

By 2008 they’d dropped down into England’s third-tier league.

Fortunately, the club rebounded to the second-tier after one season, creating a tiny foothold of momentum that would soon lead to their meteoric resurgence back to the Premier League.

Leicester’s progress caught the attention of Vichai Srivaddhanaprabha “Vichai”, a Thai billionaire who made his money from a chain of duty-free shops.

Nigel Pearson, another popular figure, who had taken the club up from tier-three to tier-two, was reappointed as manager.

After a modest investment, Leicester City ended the club’s 10-year hiatus from the Premier League.

Despite Leicester’s apparent newfound wealth, Pearson was a shrewd businessman, he went about building a squad on a shoestring budget of just £28.8m ($38.8M).

It was a tough reintroduction to life in the Premier League.

Sitting bottom of the table halfway through the season, they seemed doomed.

However, Pearson “pulled off the impossible”, winning 7 and drawing one of their final 10 games to escape relegation by the skin of their teeth.

Then, after the season, scandal struck and Pearson was fired.With the new season imminent, the owners had to find a new manager – fast!

They abruptly instated the likable Italian manager Claudio Ranieri [Ran-e-air-ee], who at the age of 64 most pundits had written off as past his prime.

Ranieri previously worked at league giants Chelsea, whose fans patronized him. They nicknamed him “Tinkerman”, reflecting his apparent fondness for tactical fiddling.

Needless to say, he wasn’t a popular appointment.

Then, he followed it up with quite the proposition.

With no time for transfers, Ranieri set about tinkering.

He fostered an inclusive squad culture built around the club’s two centerpiece tactics – solid defense and the counterattack.

As the season progressed, Leicester’s strengths became apparent – doughty and disciplined in defense, while quick and clever on the attack.

Both attackers possessed lightning pace and killer instinct in front of the goal.

By the midpoint of the season, Leicester simply couldn’t stop winning.

It seemed a million miles from the impossible situation they found themselves in 12 months earlier.

How on earth were they doing it?

“We do not have the best players, nor the biggest budget, but our solidarity compels admiration,” Mahrez said.

Ranieri explained, “I told my players: It’s this year or never. In an era when money counts for everything, we give hope to everybody.”

Leicester barely changed their somewhat rudimentary tactics throughout the season but to coin a sporting cliché they “did the basics well”.

Whether it was their consistency and grit on the field or their underdog backstory, the whole country (and the world) was backing them. Even the Big Four clubs.

League rival Arsenal manager Arsène Wenger explained: “It’s very romantic – and I understand the whole country [being behind them].”

Towards the end of the season, Leicester needed Ranieri’s former club, Chelsea, to draw against Tottenham (2nd behind the Foxes) for Leicester to be crowned champions.

Chelsea fans were seen in the stadium holding signs saying, “Let’s do it for Ranieri”.

Chelsea fulfilled their part, and the Foxes’ dream came true.

They had done it – Champions of England!

With enough heart, discipline, and determination, anything is possible.

Oh, and as for the Leicester legend who said he’d present England’s most watched-highlight show in his underwear?

He kept his word.

Enjoy this story? Try the free Digital Caffeine newsletter for stories that give you a “little kick” in the morning.