Francis Ngannou: From Poverty & Homelessness to the Most Intimidating Fighter in the UFC 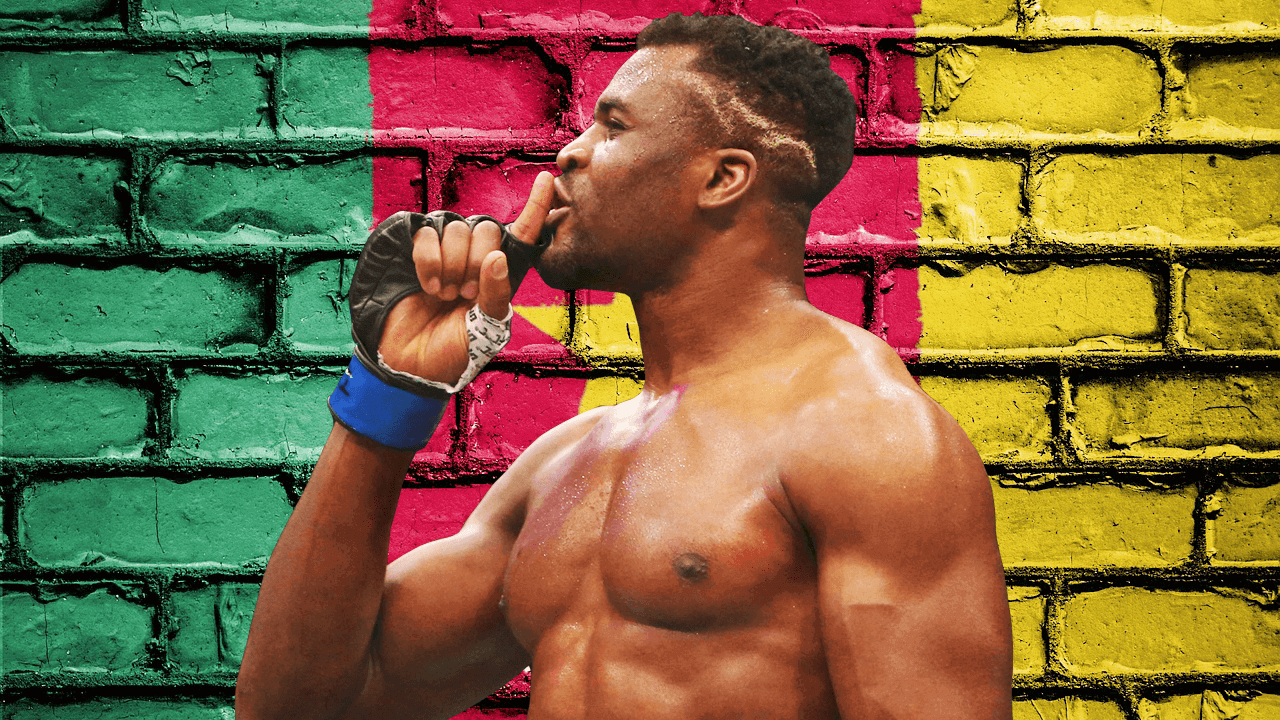 Growing up in Batié, Cameroon, Francis Ngannou bounced between different schools almost every year. Never in one place for too long, he had trouble forming lasting connections.

“I never had friends, never had comrades,” Ngannou said in a 2017 French documentary. “I think that’s what developed my lonely behavior.”

Francis was pursued by various gangs in his village, but he refused to join them. Since he was young, he had the motivation to make something of himself — to do something positive with his life.

After his parents got divorced, Francis decided he wanted to become a lawyer. He saw how much the court fees were, and so he thought it’d be a good career to get into.

But, due to a lack of money, he was forced to leave school. So at just 12-years-old, he started working at a sand quarry in his hometown.

That’s where his work ethic began to shine through.

“When we were working in the quarry, he could replace 2 or 3 workers all alone,” one of his old co-workers said. “At every minute, he couldn’t just lay there without working.”

Dreaming of a Better Life

However, as the years passed by, reality set in. He was fed up with the life he was living. Looking around, he saw people from age 7 to 70, working the same job for the same money.

“I was trapped,” Ngannou wrote on The Players’ Tribune. “I was surrounded by nothing but rocks and trucks and starving people.”

He had bigger dreams.

“I refused to let that be the best for me,” he wrote. “I knew there was something more.”

In the back of his mind, Francis always wanted to be a boxer. However, he was at a severe disadvantage, having never played a sport in his entire life. But, at 22-years-old, he went for it anyway.

“People said that I was crazy, that I lost my mind,” he recalled.

Ngannou struggled at the beginning, unable to adjust to the speed of his opponents. He couldn’t touch them, but they hit him whenever they wanted.

In his first fight, he took a hard blow to the head. But then something clicked, and his instinct turned him into the aggressor. He was so aggressive, in fact, that the referee had to stop the fight.

It was clear he had a knack for fighting. But he knew he couldn’t achieve his dream by staying in Cameroon.

Francis doesn’t speak much of his long journey from Batié, Cameroon to Paris, France. One could only imagine how difficult it was. And when he got there, the road only got tougher.

“When I arrived in Paris, I slept in the street. I was alone. I had almost no money…less than 100 euros.”

He was alone, an immigrant in an unfamiliar country with no friends or family ties. He met people who told him it’d be difficult living on the streets.

They told him that France wasn’t the paradise he imagined it to be.

For three months, he was homeless. During that time, he trained at any gym he could get into, and spent his nights alone on the streets.

After a while, Ngannou became friends with a man named Ferdinand, who owned a boxing gym in the area. Ferdinand invited him to train at his gym, so he went to a sports store next to the parking lot he was sleeping in.

He didn’t have much money, so he only bought the essentials. He couldn’t even afford a mouthpiece to protect him when sparring. But he didn’t care – he just wanted to train.

Off The Streets, Into The Octagon

At first, Francis asked Ferdinand if he could leave his gloves and bag at the gym overnight. But after he discovered that Ngannou had nowhere to go, he allowed him to sleep in the gym.

Needing money to keep him afloat, he got a job working security at a nightclub on the weekend. That freed up his schedule to train every day of the week.

“It was perfect. For the first time in my life, I felt like I could see a future.”

That’s when he met Didier Carmont, who saw the 6’4″ 250-pounder’s physique and convinced him to train MMA instead. Francis didn’t even know what MMA was, and initially had no interest in it.

But things changed when he wandered into a Paris gym known as the MMA Factory.

“To tell the truth, MMA wasn’t interesting to me,” Francis confessed. “But I needed the money in it.”

In 2013, he started fighting around France and quickly made a name for himself. You read that right – in the same year Ngannou discovered what MMA was, he made his pro debut in the sport.

Then, with an impressive win in January of 2014, he got on the UFC’s radar.

That’s when his life changed.

With a vicious uppercut knockout, The Predator introduced himself to fight fans across the globe.

Since then he’s dominated, winning 10 of his last 12 fights – all but one ending by knockout or TKO. He’s toppled several UFC legends – including Junior dos Santos – and looks poised for a title shot in the near future.

Francis Ngannou does it again! He defeats Junior Dos Santos 1 minute and 11 seconds into the fight by KO/TKO. Ngannou now has 7 victories within 2 minutes, 4th-most in UFC history.

Dos Santos had never been finished within the first 2 minutes of a fight before tonight. pic.twitter.com/TzYxv2wEvh

While Ngannou is known across the fighting world for his imposing physique and powerful punches, he remains humble and sticks to his values.

After one of his trademark knockouts, Joe Rogan approached him for a post-fight interview in the octagon. But instead of bathing in the limelight, The Predator turned his back to Rogan and walked over to check on his opponent – a sign of true respect.

“It really mirrors his mindset,” said Fernand Lopez, MMA Factory’s head coach. “He’s tough by nature, but it is just a sport to him.”

Francis Ngannou literally fought his way from the bottom. Now, he wants to give others a chance to do the same through the Francis Ngannou Foundation. His mission is to give the children of Cameroon “the tools to lead lives of dedication and confidence”.

The Predator knows first-hand the impact combat sports can have on one’s outlook. The foundation is currently building the first official gym in Batié, Cameroon. After that’s complete, they are looking to build more gyms all across Africa.

Eight years ago, Francis Ngannou was poor, homeless, and didn’t even know what MMA was.

Today, he’s one of the top fighters in the heavyweight division, striving to show others what’s truly possible in life.

“If you are fighting against the odds, you must believe you are going to win.” 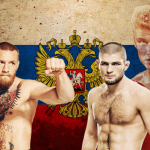