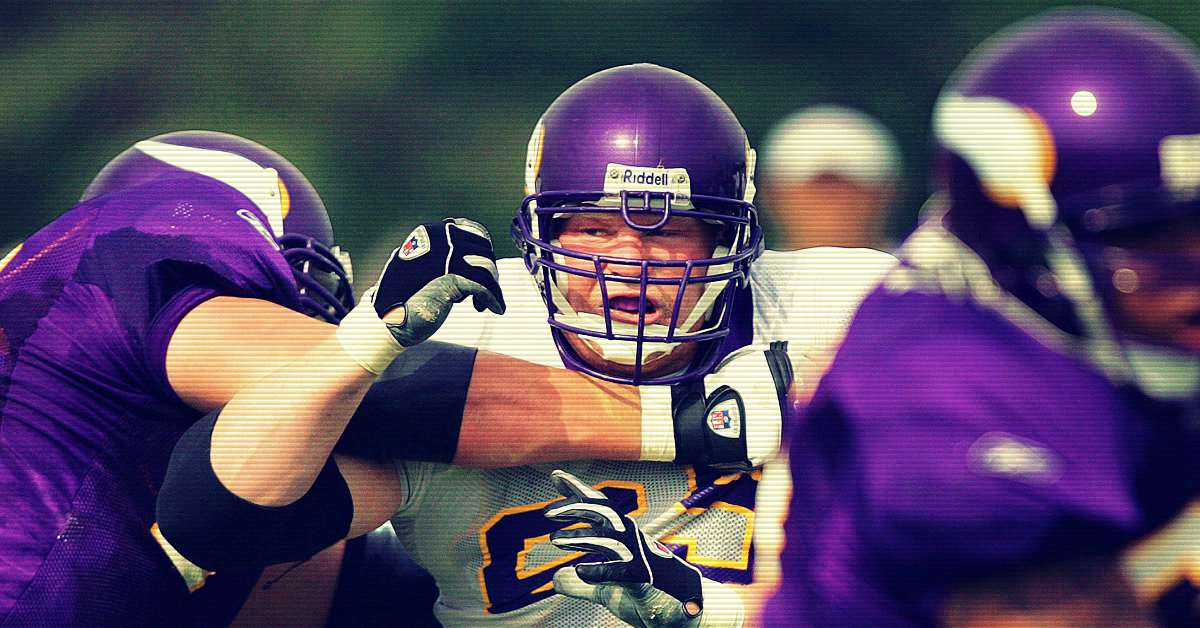 When you think of Brock Lesnar, a few things probably come to mind. He’s the WWE’s “Beast Incarnate”. He’s one of the top pay-per-view draws in UFC history. But there was some time in between where Lesnar pursued his real dream – playing football in the NFL.

There’s no doubting that Brock Lesnar is a physical specimen.

He’s built like a brick house and is extremely athletic for his size. But, how in the world could a professional wrestler possibly make the transition to NFL football?

After three years as a WWE superstar, Lesnar decided to go after something he’d always wanted. So, at 27 years of age, he decided to put his wrestling career on hold.

Faced with many critics, Lesnar took a gamble on himself.

He bet that he was just as athletic, perhaps even more so than the guys in the league. Lesnar participated in the 2004 NFL Combine and, despite minor differences in official numbers, had a spectacular showing.

Unfortunately, the Combine wasn’t televised back then, so there’s no footage to show. But, luckily, I was able to dig up some numbers from his performance.

To compare, 3-time Defensive Player of the Year JJ Watt ran a 4.84 40-yard dash. Watt is only two inches taller and a mere five pounds heavier than Lesnar.

Sure, those numbers are impressive, you might say. But if he’s so great, why haven’t you seen Lesnar out on the gridiron?

Well, after the NFL Combine, Lesnar got into a motorcycle accident.

While he was banged up, he made a full recovery before training camp was over. Despite not playing football since high school, Lesnar landed a contract with the Minnesota Vikings.

Donning jersey number 69, Lesnar played defensive tackle throughout the preseason.  He quickly earned the respect of his teammates with his hard work and passion for the game.

He was also involved in some scuffles throughout camp, including one that has become a bit of a tall tale.

While it was not what he’d hoped for, Lesnar accomplished far more than most thought he could.

He proved that he is a transcendent athlete that can not only wrestle and fight but also hang with the elite talent of the National Football League.