US Tennis: Where Have You Gone, Johnny McEnroe?

On September 4th, 2018, John Isner was defeated in the quarterfinals of the US Open and as a result, no US man remains. This has become a very familiar sight for the US tennis fan, with the last two decades being ruled by the likes of Roger Federer (SUI), Rafael Nadal (ESP), and Novak Djokovic (SRB).

The drought continues, as the last US man to win a Grand Slam title was Andy Roddick in 2003. He had a ferocious serve and was the best US men’s player for many years, but that would be his first and last Grand Slam victory. 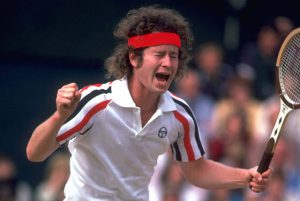 The men have had two separate runs of superiority, starting with John McEnroe as well as Jimmy Connors. McEnroe was widely known for his erratic behavior and big mouth that was very against the grain in the prim and proper world of tennis.

Regardless, his scrappy play led him to win 7 Grand Slam titles, with Jimmy Connors amassing 8 of his own between the ‘70s and ‘80s.

Then came an even more dominant era of US Men’s tennis, with the emergence of ‘Pistol’ Pete Sampras, winning 14 Grand Slam titles with a near-perfect and powerful first-serve. Andre Agassi provided the second part of the 1-2 punch, and their rivalry catapulted the sport into popularity it had never seen before.

Not to be overlooked, although often times he is, Jim Courrier earned himself 6 Grand Slam titles of his own. This Big 5 won 43 total Grand Slams from 1974 to 2003. But where have they gone?

Since Roddick’s win in ‘03, there hasn’t be a superior US men’s tennis player. You would think Sampras and Agassi would have had a widespread influence on the youth in America, but unfortunately that wasn’t the case.

Many parents would prefer to get their youth into team sports, which is much more popular and readily available to the general public. 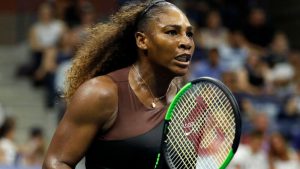 Unlike the men, the dominance has sustained on the women’s side. The last five decades have been astonishing, with three women winning 18 or more Grand Slams.

None of them are even Billy Jean King, who was the original GOAT of women’s tennis. She even spanked former No. 1 Bobby Riggs in the famous ‘Battle of the Sexes’ match in three straight sets.

Then came two of the best female competitors of all-time in Chris Evert and Martina Navritilova, whose rivalry was even greater than Sampras and Agassi. The two played each other 22 total times in Grand Slam matches, compared to 9 for Sampras/Agassi.

Evert is widely regarded as the best of all-time, winning 90% of her professional matches, higher than Pete Sampras (77%) and yes, even Serena Williams (85%). I have about a 99% winning percentage against my college roommate in ping-pong (we’ve played about 1000 times), but unfortunately, that does not quite compare.

Navritilova was her kryptonite, winning 14 out of their 22 GS matches. Then came Venus and Serena. I put Venus first because she is the eldest, but Serena has been the most dominant.

If Serena was not competing, Venus could likely have 15 Grand Slam wins compared to her measly 7 (kidding).

Serena has 23 of her own, more than any other male or female in the Open Era. The Williams sisters have continued the dominance of US tennis, which had withered away on the men’s side. 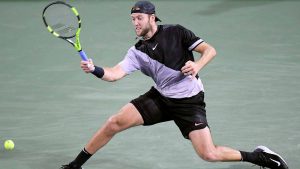 They have no Grand Slam titles and, unfortunately, may only amass one or two total out of the three of them. Querrey had a very promising 2017 season, but lost in the 1st round of the 2018 US Open.

Djokovic and Andy Murray are both still somewhat young and will likely return to ruling men’s tennis once Federer and Nadal age a few more years, leaving the US players fighting for scraps — trying to steal one away.

The women, on the other hand, seem as if they will continue their reign. Serena likely still has a few more left in her, and the new crop is led by Sloane Stephens, who has the potential to get into the double digits in terms of GS victories.

In addition to Stephens, Madison Keys and Coco Vandeweghe are also young and very talented players. We could easily see both of them winning between 4 and 6 GS titles.

The women have had 5 consecutive decades of dominance that will continue. The men had a great three-decade run, but it may be another decade before another dominant male player emerges from the US.