The Best Shannon Sharpe Quotes to Help You Conquer Anything 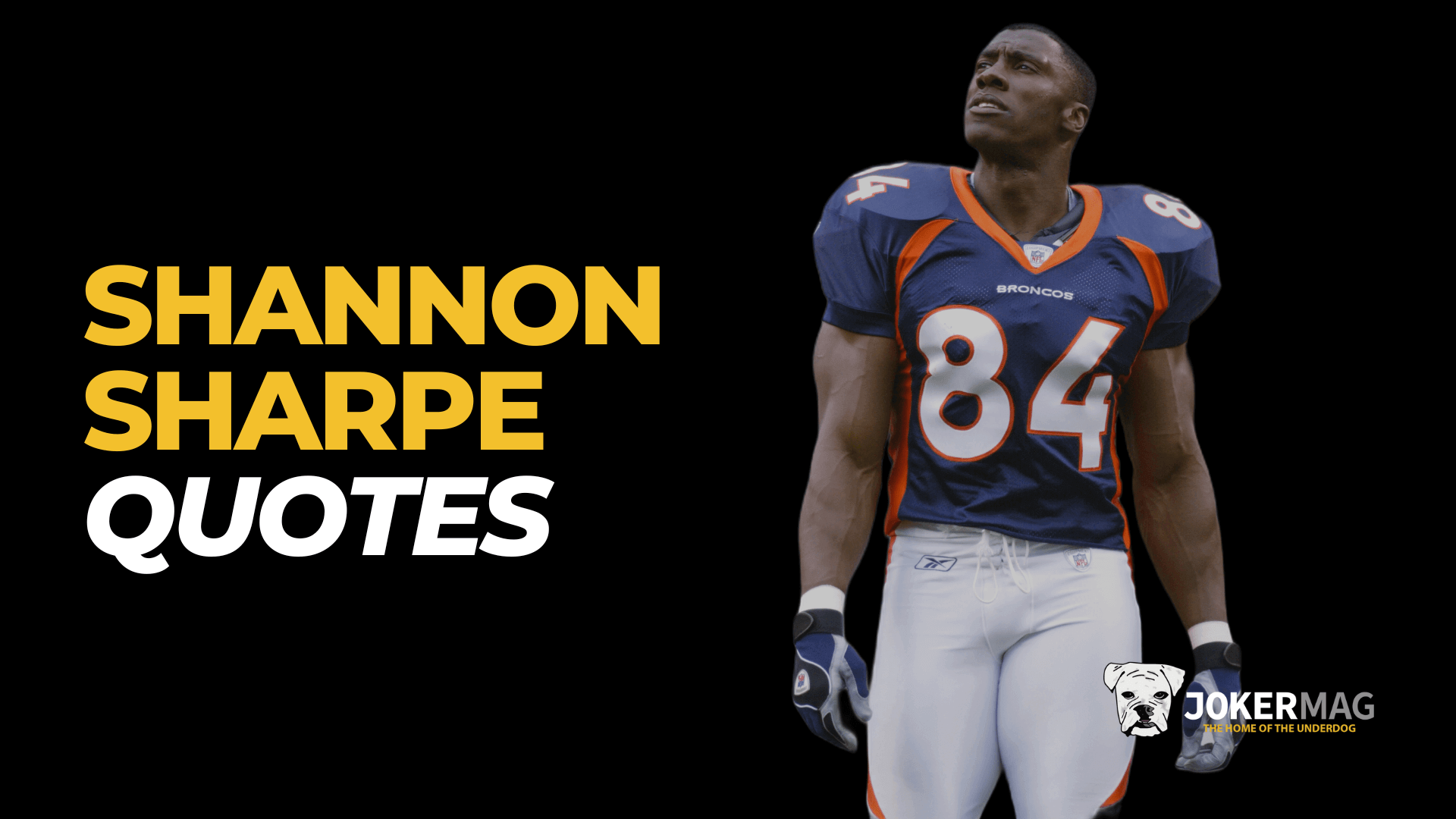 Shannon Sharpe played Division II football at Savannah State University – the oldest HBCU in Georgia. NFL scouts said he was “too slow” and “too small” to be a full-time tight end in the league. Most predicted that, at best, Sharpe would be a decent situational player.

He fell all the way to the 7th round (192nd overall) of the NFL Draft.

In his 14-year playing career, Sharpe was an eight-time Pro-Bowler, a four-time All-Pro, and won three Super Bowls. He’s was elected to the Pro Football Hall of Fame in 2011.

His production also compelled NFL scouts to dig deeper into HBCU prospects, and paved the way for future late-round steals from smaller schools.

Here is our collection of the best Shannon Sharpe quotes of all time – sourced from pre-game pep talks, award speeches, and media appearances throughout his career.

The Best Quotes From Shannon Sharpe

1.) “When people told me I wasn’t going to make it, I listened to the one person who told me I was: me.” – Shannon Sharpe

2.) “My grandmother used to always tell my brother and I that all the hard labor and all the things we had to do, it takes all that to make a man.” – Shannon Sharpe

3.) “I wanted to be so much like my brother that…when I went to college, my first college girlfriend looked exactly like his.” – Shannon Sharpe

5.) “I went from being a 7th-round draft pick, to barely making the team, to playing special teams, to going to 8 Pro Bowls, 4 first-team All-Pros, 3 Super Bowls, and going to the Hall of Fame. I wouldn’t trade that experience for anything, because I think it helped shape the person that I became.” – Shannon Sharpe

6.) “Even in my wildest imaginations, as a little boy in Glennville, Georgia, going to Savannah State, did I imagine my career would turn out like it has.” – Shannon Sharpe

7.) “There is a reason they called it chasing your dreams and not walking after them.” – Shannon Sharpe

8.) “Nothing makes me prouder than when people call me a self-made man.” – Shannon Sharpe

9.) “It’s called the three Ds. Determination, dedication, and discipline. Three traits that translate in any generation and any job setting.” – Shannon Sharpe

11.) “Don’t hope someone gives you an opportunity. Create one for yourself.” – Shannon Sharpe

12.) “I had to leave Glennville. I had to make a better way for my brothers, for my sister, for my mom. I didn’t want my kids to live one hour – not one hour – in the life that I had.” – Shannon Sharpe

13.) “I neglected my kids. I missed recitals. I missed football practice. I missed graduations. Because I was so obsessed with being the best player I could possibly be…I ruined a lot of relationships. But I’m not here to apologize for that. Because it got me here, and it got them to a life they never would have enjoyed if it hadn’t been for that.” – Shannon Sharpe

14.) “You have to do more than the coaches ask you, or you’ll never be a great player in this league.” – Shannon Sharpe

16.) “A lot of people mistake habit for hard work. Doing something over and over again is not working hard.” – Shannon Sharpe

17.) “I remember thinking, and it stuck with me every day. I said I need to go to practice every single day and give them one reason to keep me.” – Shannon Sharpe

21.) “It doesn’t matter how many yards you have because, at the end of the day, when you look up at the scoreboard and we got more than the other team, we win.” – Shannon Sharpe

Is there a Shannon Sharpe quote we missed? Let us know on Facebook.