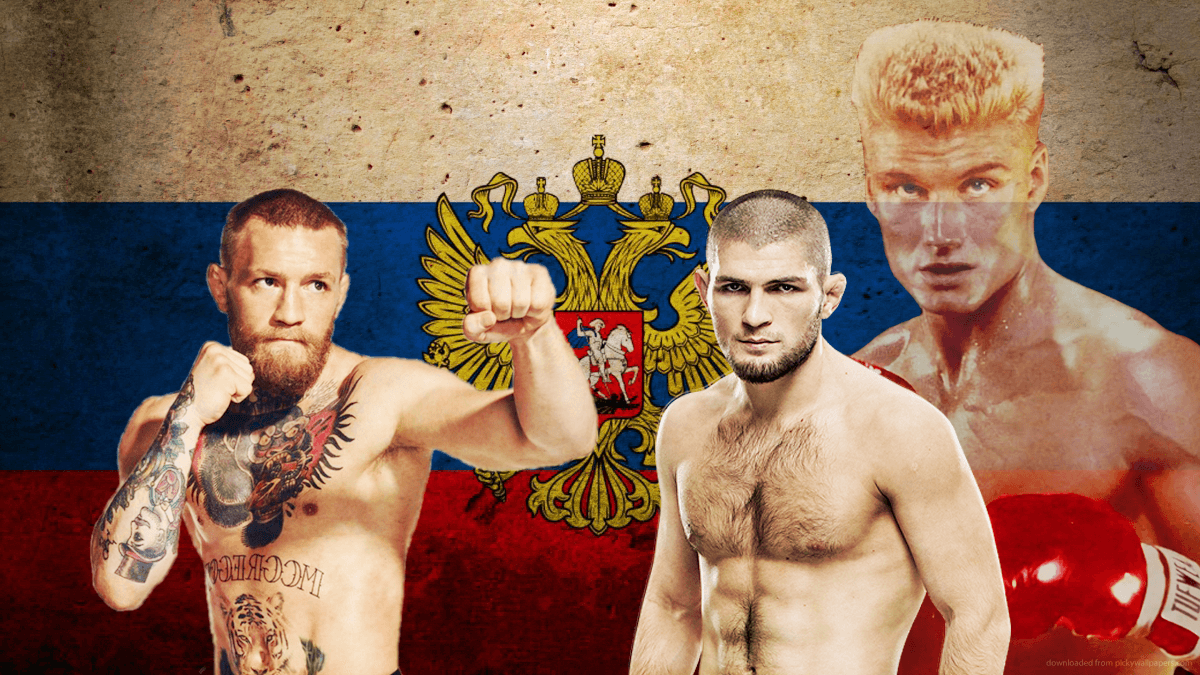 Saturday, October 6th was a night fight fans will never forget.  After a long layoff, the world-famous southpaw Conor McGregor finally got back into the Octagon to take on his bitter rival, Khabib Nurmagomedov.

The build-up to the fight was reminiscent of the Attitude Era of the WWE.  With both fighters so clearly full of hate, the tension was palpable.  Then it finally came to a head, with McGregor tapping out 3 minutes into the 4th round.

But it didn’t end there.

Fight fans around the world couldn’t believe their eyes when Khabib leapt out of the ring and into the crowd to  pound on McGregor’s jui-jitsu coach, Dillon Danis.

Chaos ensued, and a few members of Khabib’s team jumped in the ring in an attempt to take a few shots at McGregor himself.

All in all, it was not a pleasant sight for both McGregor fans and UFC fans in general.  Instead of accepting victory like the respectful man Khabib portrayed himself to be, he let his emotions get to him.  McGregor was clearly in his head, even after the fight was over.

Sports fans would be stupid to believe this ends here.  Somehow, some way, the highest-paid fighter in MMA will get his rematch.  The only question is — how?

According to UFC president Dana White, “[Nurmagomedov] has to go before the Nevada commission, and we have to see what’s going to happen with Khabib and this whole mess.”

The Nevada State Athletic Commission (NSAC) is still withholding the Russian fighter’s $2MM purse.  After an official review of his actions on Saturday night, they will decide what comes next.

Then there’s the issue brought up by Michael Bisping on the FS1 post-fight show:

“You can’t jump out of a cage and assault people…That is a criminal charge and visas aren’t given to criminals.”

The Englishman understands the severity of this issue, having gone through it himself.  In fact, back in 2006, the UFC was forced to call off Bisping’s fight because of problems with acquiring his visa.

So, worst case scenario, Khabib gets banned by the NSAC and can’t get a visa.

Well, I’m glad you’re wondering.  Because the solution has the potential to be a real-life cinematic masterpiece. 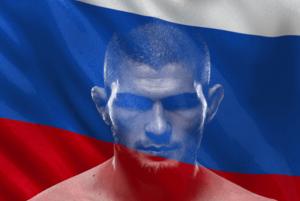 Let me paint the picture for you.

Khabib can’t get into the United States.  But make no mistake.  As the Lightweight Champion, he still has the leverage.

There’s already speculation that he’d demand a larger payday than McGregor for a potential rematch.  His own teammate said it himself.

So what’s to stop him from making more demands?  If McGregor wants this rematch as badly as he says he does, he’ll go above and beyond to get it done.

Even if it means fighting in Russia.

That’s right.  Let’s assume that Khabib demands the rematch take place in his home country.  Whether it’s out of necessity or simply for fear of his safety in the US (Ivan Drago used the same reasoning in Rocky IV).

After all, it’s a legitimate fear.  It’s the reason Dana White refused to hand over the belt to Khabib in the ring.  After the chaotic brawl, he told Khabib, “If I put this belt on you, everyone’s going to start throwing sh*t into the Octagon.”

Fair enough.  So Khabib demands that Part II takes place on his terms — in his territory, in front of his own fans.  Instead of boos and beer bottles, “The Eagle” would get the hometown treatment from a roaring crowd.

Sure, McGregor was an underdog on Saturday.  But this would tip the scales even more.  He might even need to take the Rocky Balboa approach to training.

Instead of staying at his cushy facility at the UFC Performance Institute in Las Vegas, McGregor sets up a compound outside Dagestan.  He trains like a mad man — growing out his beard, chopping down trees, jogging through the snow, and climbing icy mountains.

Then, the fight itself would be absolute madness.  I don’t think the UFC’s massive build-up would even do it justice.

Typically, fighters show respect after a big match.  But these men hate each other.  And there’s a very real chance they’ll never make amends.

This situation would quite literally be Rocky IV in real life.  The undefeated Russian versus a determined underdog, unwilling to back down.

All in all, nobody knows for sure what’ll happen.  But we do know that there’ll be at least one Russian headliner coming up — Ivan Drago’s son, Victor, when he takes on Adonis Creed.

Fun fact: Creed 2 hits theaters November 21st, which just so happens to be the one-year anniversary of Joker Mag’s launch!

How realistic is the possibility of the McGregor-Khabib rematch happening in Russia?  Comment below.