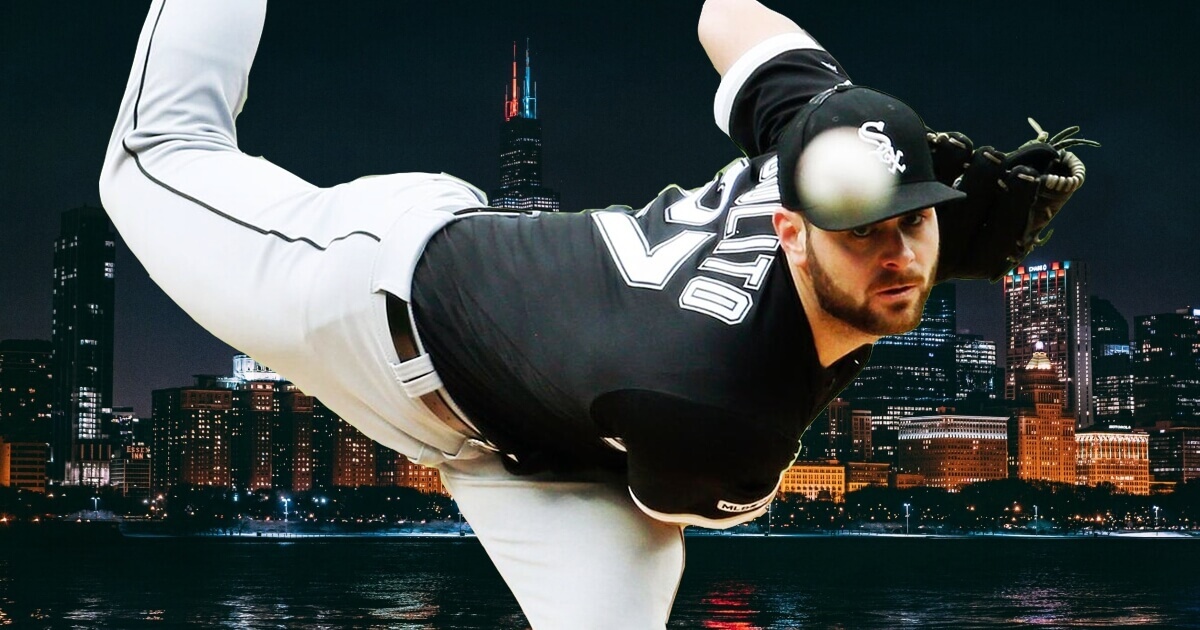 “With great power comes great responsibility.”  Uncle Ben’s famous words to his nephew foreshadow the pains that Peter Parker experiences in his vigilante role as Spider-Man.  The same phrase also applies to those that have powerful throwing arms, as franchise quarterbacks and starting pitchers are the most scrutinized individuals in sports.

Lucas Giolito has a powerful pitching arm, and it made him the sixteenth overall pick by the Washington Nationals in the 2012 MLB Draft.  Whether or not you believe that a baseball player’s first-round selection creates a responsibility to perform at a high level, the accompanying pressure is undeniable.

Lofty expectations are created; the media project a future ace and fans begin imagining a decade’s worth of dominant outings.  Unfortunately, we rarely have the patience to allow elite prospects to experience necessary growing pains in an era of instant gratification.

Giolito has experienced the pressure and the growing pains.

He struggled after getting called up to the Nationals in 2016 and was subsequently included in a trade package to the White Sox for outfielder Adam Eaton.  Giolito spent most of 2017 in Triple-A, and posted modest numbers during his stint with the big-league club.

However, his 2018 season was objectively abysmal.

Giolito’s 6.13 ERA was the worst in the league for starting pitchers and contributed to his -0.1 WAR.  The White Sox were better off starting a replacement-level pitcher than the former first-round pick.

One of the main problems was his inability to command the strike zone as he issued 4.67 free passes per game, which Fangraphs classifies as awful.

In addition to his maddening inaccuracy, Giolito was not missing enough bats to compensate, as he only whiffed about 6.5 batters per nine innings.

Longtime White Sox pitching coach Don Cooper succinctly described Giolito’s 2018 season as “a mess” according to James Fegan of The Athletic.  Fegan also notes Giolito’s remodeled delivery that features a “quick slide step” as opposed to the “big, slow delivery that he struggled to repeat.”

Turnaround On The South Side

In addition to his efficient, new delivery procedure, Giolito has also emphasized his four-seamer and shelved his sinker per his team’s advice.

The average movement of Giolito’s fastball is elite, and the White Sox are surely thrilled to see him trade his ineffective sinking fastball for a devastating rising one.  Opponents, however, aren’t as happy with this development.

White Sox catcher James McCann has noticed many “uncomfortable swings” from opposing batters and credits the “little extra giddy-up at the end” per Fegan.

Giolito’s fastball is one key to his effectiveness.  But unless a pitcher consistently hits triple-digits on the radar gun, a fastball may only be as great as its complementary pitches.

Fortunately for the White Sox, Giolito can also flummox offenses with his changeup.  The deception of this pitch frustrates hitters, mostly due to the fact that they have trouble seeing it.

The new delivery allows Giolito to hide the ball longer and subvert hitters’ timing, which leads to a carousel of weak contact against the pitch.

But in the parlance of infomercial salespeople, that’s not all.

This new edition of Lucas Giolito also features a wipeout slider that can eviscerate offenses.  The Houston Astros can offer a testimonial, as the White Sox ace-apparent carved up baseball’s best team in his most recent start.

Wiping Out The Competition

Giolito needed only 107 pitches to spin a complete game shutout against the ‘Stros in which he struck out nine and surrendered only four hits and one walk.  This dominant outing continues a trend of dominance, as Giolito has trimmed his ERA from 5.32 to a svelte 2.77 over his last four starts.

Giolito has always looked the part of a frontline starting pitcher.  But the 6’6’’ right-hander from southern California is now pitching like one as well.

He looks like he’s destined to become a hero to his fans and believers on the South Side and a menace to his foes and disgruntled media members.  Where have we seen this story arc before?

Lucas Giolito has the power stuff of an ace pitcher, which bears expectations (if not responsibility) to perform like a superstar.  He has emerged from last season’s pitfalls as a new pitcher, mechanically and mentally.

Opposing offenses are about to find themselves entangled in webs of trouble.