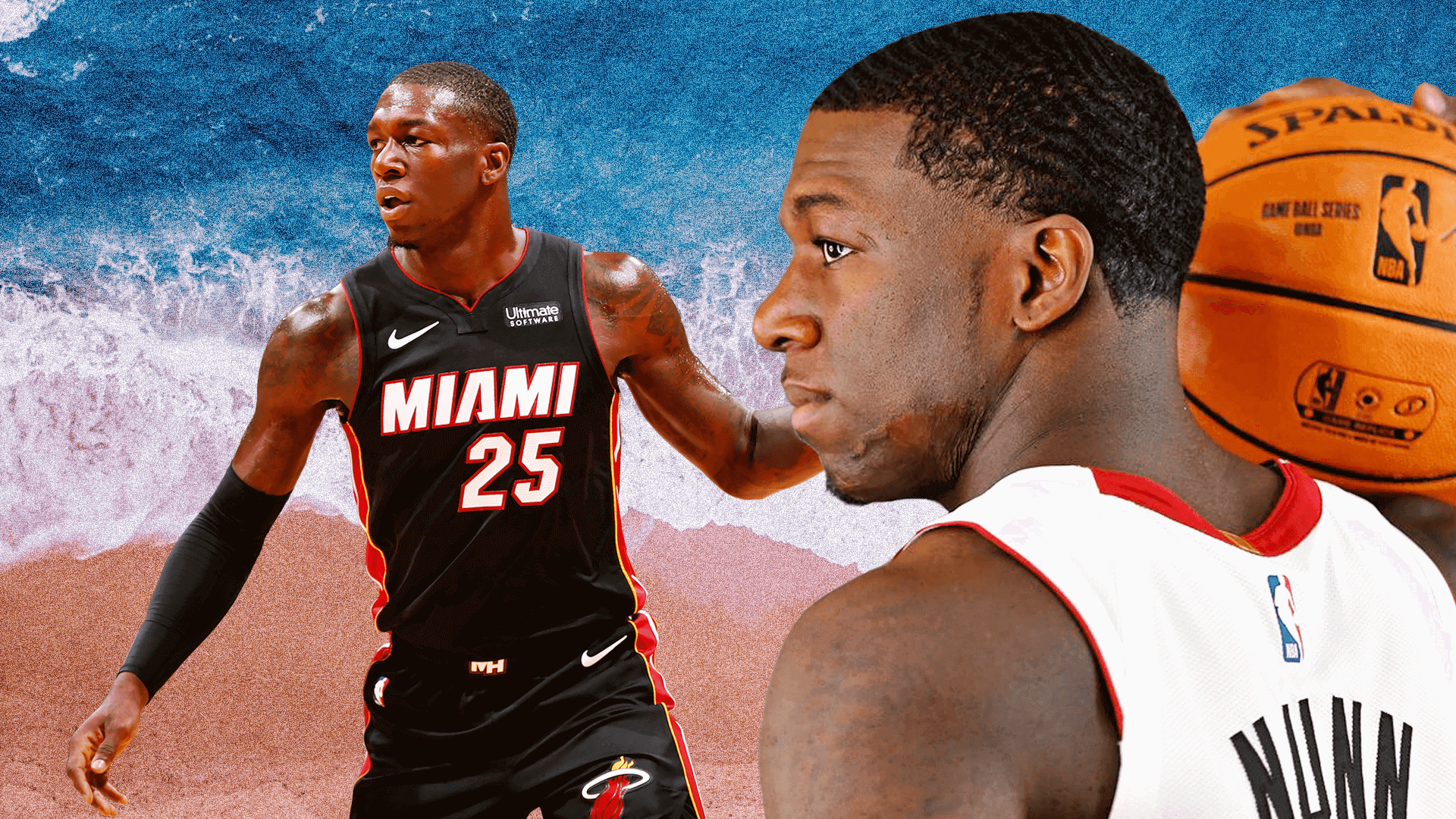 Kendrick Nunn might have had one of the rockiest roads to the League in this class of rookies. And if you haven’t heard of him, we don’t blame you.

Most undrafted guards that come from mid-major schools don’t tend to garner the same name recognition from fans as we see from fellow rookies like Zion Williamson.

Kendrick Nunn is a 6’3″ lefty guard with a disgustingly smooth three-point stroke. Some of his more notable performances came when he dropped 40 against James Harden & Co. in the preseason and 36 points against the Hawks on December 10th.

But underdogs don’t go scoring 40 against the Rockets without overcoming with major struggles along the way.

The 24-year-old Miami Heat guard went from a standout player at one of the nation’s top high schools in Simeon, ranking #86 in the country, to a Big 10 All-Freshman Team selection for the University of Illinois. There, he was a 3-year starter before being disgraced and dismissed from his team after pleading guilty to a misdemeanor battery charge.

This forced Nunn to find a new home to continue his career and pursue his dreams of making the NBA. He found that home under coach Greg Kampe at Oakland University.

The charges, combined with transferring to a vastly inferior conference, undoubtedly impacted Nunn’s draft stock. The level of competition at Oakland wasn’t good enough to attract scouts – in fact, only two players in school history ever got drafted.

But Kendrick refused to let the odds beat him down. He went on to become the top-2 scoring player in the country with 26 ppg, behind only superstar freshman Trae Young of the Oklahoma Sooners.

Nunn finished out his collegiate career as the 2017-2018 Horizon League Player of the Year and first-team All-Conference, with several of his games garnering scouts from across the League.

After going undrafted in 2018, Nunn has evolved into a player who is outplaying the majority of rookies in the NBA this season – averaging 16.5 points per game for the Heat.

Nunn defies the ‘traditional’ route of the current NBA player, which is to attend a powerhouse school like Duke or Kentucky, stay for a year, go in the top-10, and become a star with endorsement deals and millions of Instagram followers.

Unfortunately, the incident that ended up forcing him out of the Big 10 plagued him for the rest of his collegiate career and into the early days of his NBA career.

“The tenor out there and what I’ve seen directed toward him, it’s amazing,” Kampe said.

“The bottom line is, he’s gotta live with that.”

If you played any sport at a competitive level or you’ve attended a college game at some point in your life,  you understand that crowds, especially rowdy and drunk college students, can be ruthless.

Athletes are people too. They feel emotion, pressure, and the sting of failure.

There’s no shortage of ammo that fans could use to try to get inside Nunn’s head.

The great – and also crappy – thing about being an underdog is having to deal with incredible adversity.

No matter how much he may try to distance himself from the situation, the mistake Nunn made as a young man will follow him wherever he goes.

But we’re not here to condemn him for his past. While the blue checkmark brigade on Twitter may try to convince you otherwise, most of us don’t buy into the cancel culture bull.

We just want to watch great players prove themselves at the highest level.

Nunn is proving himself to be a strong contributor in this League, and we can look at his journey and apply it to our own lives:

We all face choices in life and sometimes, more often than not, we make the wrong decisions. We can either let those decisions define the rest of our lives and careers, or we can do our best to right the wrongs, push ourselves to be the best we can be, and overcome the underdog stereotypes we face every single day.

Keep in mind the age-old saying from Rocky: