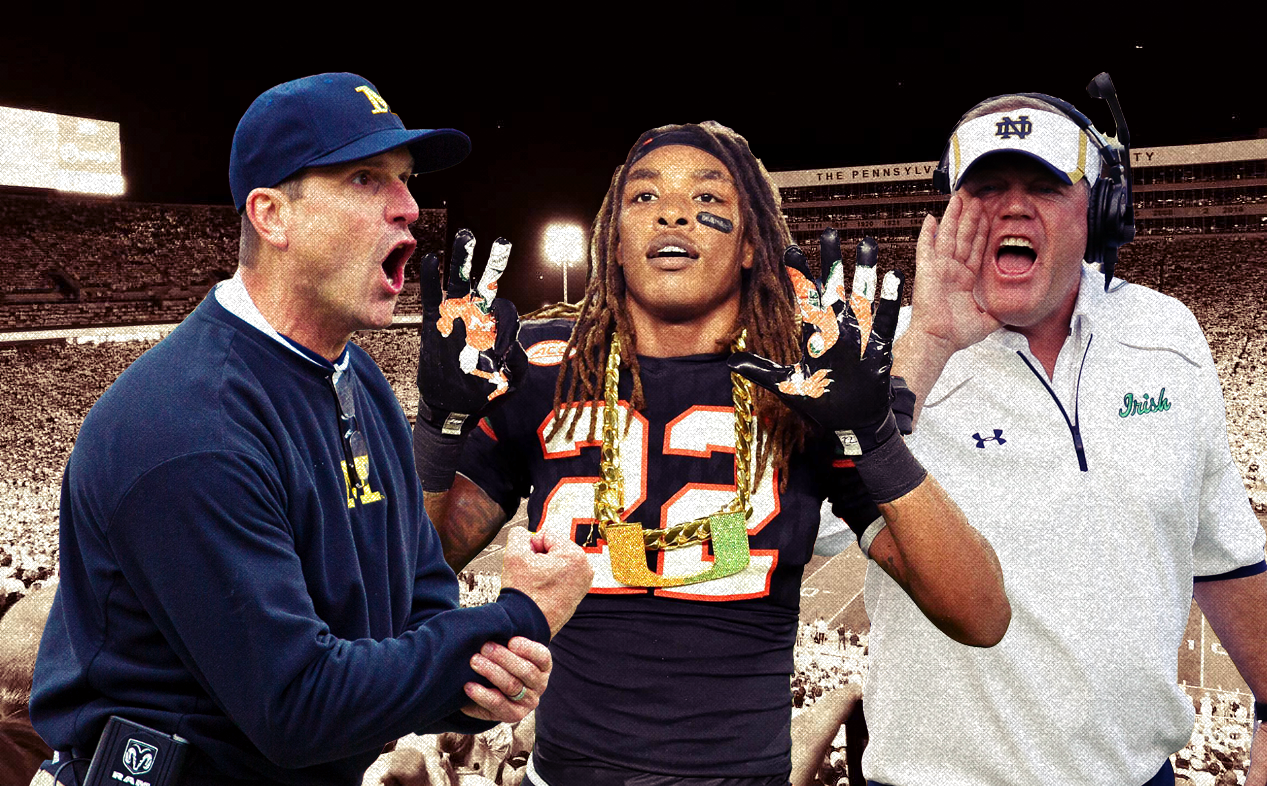 It’s almost the most wonderful time of the year. With only a handful of Saturday’s left, college football teams across the country are gearing up for their first day of training camp.

These boys of fall will do anything in their power to reach the pinnacle of their sport — the National Championship Game. Fans can almost hear the whistles blowing, pads cracking, and coaches screaming.

So as you navigate the dog days of summer, chomping at the bit for tailgate season, ready to wake up at 9 for College Gameday and lounge on the couch from noon to nightfall, here are four games that you must watch during Week One of the college football season.

One of college footballs biggest rivalries is renewed. The Wolverines are coming off of a disappointing 8-5 season, looking to forget last year and surge to the College Football Playoff.

Notre Dame enters 2018 on the heels of a 10-3 season with a Citrus Bowl win over an impressive LSU squad. Notre Dame returns QB Brandon Wimbush, who they relied heavily on to make plays with his legs. But this season they will need to rely on his arm to balance out the offense.

Michigan will return 8 starters on defense, led by Rashan Gary, one of the top pass-rushers in the nation. This game will be a fun one as the teams haven’t met since 2014 and will both do whatever it takes to start their season 1-0.

This game features two blue bloods in the college football world. The Hurricanes come off a 10-3 season, which ended abruptly with three consecutive losses — the regular season finale to Pittsburgh, the ACC Championship to Clemson, and the Orange Bowl to Wisconsin.

Miami returns seven starters on the defensive side of the ball which was top-25 last season, featuring the historic turnover chain.

On the other side, the Tigers come off a 7-4 season which saw them lose to Notre Dame in the Citrus Bowl. LSU will begin the season with a new offensive coordinator and a new QB in Joe Burrows, a grad transfer from Ohio State.

Both teams have a big question mark on offense, but these established defenses make this game a must-watch.

The Mountaineers come into the season after a 7-6 campaign in which they dropped their final three games of the season to Texas, Oklahoma, and Utah. West Virginia returns QB Will Grier, who enters 2018 eager to sling the rock again after suffering a broken finger last season against Texas.

Tennessee returns following a disappointing 4-8 season and the firing of head coach Butch Jones, eventually led to an abysmal offseason where Tennessee’s coaching search took a turn for the worst.

On the positive side, the Vols return QB Jarrett Guarantano, who gained valuable experience last season. Their talented offensive line should also help them establish a strong ground attack.

For this game to hold our interest, Tennessee must keep the score close and prevent West Virginia from lighting up the scoreboard.

Many experts have predicted that whichever team comes out of this game victorious will be in the driver’s seat the rest of the season. The Tigers enter the season with high expectations after finishing capping off last year’s regular season with a triumph over eventual champion Alabama.

But they fell just short of the College Football Playoff, losing to Georgia in the SEC Championship, and losing to AAC Powerhouse UCF in the Peach Bowl. While Auburn’s run game will be a big question mark, the Tigers will look for returning QB Jarrett Stidham to propel the offense in Week One, coming off of a season where he threw for over 3000 yards.

Washington, on the other hand, is coming off a 7-2 season, with many are picking them as the favorites to win the PAC-12 in 2018. The Huskies return QB Jake Browning, who will be looked at to lead this offense to the College Football Playoff now that this is his fourth season in the offense.

This game will be exciting not only because of the on-field matchup, but because of the potential playoff implications it has for both teams. Get ready for a hard-fought game between two veteran quarterbacks.

Which matchup are you looking forward to the most? Comment below!