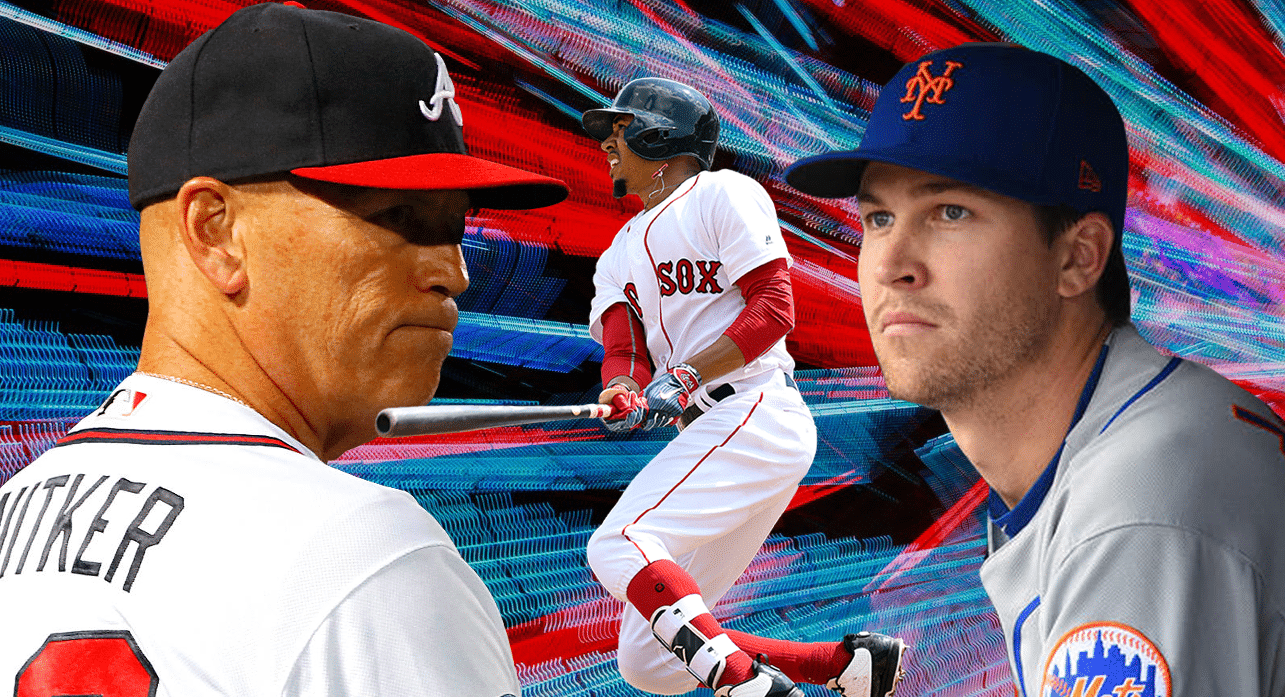 The All-Star break is finally upon us after an eventful first half of the Major League season. Now is the time to reflect upon the midseason leaders as the midsummer classic rapidly approaches in our nation’s capital.

Betts and Mike Trout have nearly identical numbers, and this one could go either way. Mookie missed two weeks with an injury, but has still managed to post these gaudy numbers in 77 games, compared to Trout’s 96.

The best hitter and pitcher belongs to the Red Sox during the first half. Chris Sale has been in the league for nine years. Remarkably, he has yet to win a Cy Young.

Should he keep his pace, the award that has eluded him will be rightfully his. He’s striking out an insane 13.1 batters per nine innings. That pace is up from 12.9 K/9 last season, when he racked up 308 K’s.

The Yankees feature a 1-2 punch for the Rookie of the Year candidates, which is scary to think about as they are sitting with the third best record in Major League Baseball.

Torres, who is sidelined until the end of July with a right hip strain, has been a key part of his team’s success. However, should he continue to remain out for an extended period of time, teammate Miguel Andújar has a shot to overtake him.

It would be easy to give the award to first year managers Alex Cora or Aaron Boone. With the talent they have been given, anyone could manage those teams and do a respectable job.

Kevin Cash keeping the Rays above .500 at the break is a huge feat among itself. This is the same Rays team that sold off nearly every tradable asset in the offseason, and is conducting one of the most interesting pitching experiments in baseball history.

From this standpoint, it’s far more impressive than leading a team already expected to be where they are now.

With all due respect to Nolan Arenado and Freddie Freeman, the National League comes off weak when stacked up against their American League MVP counterparts. On the other hand, it amplifies the insane numbers posted by the AL leaders.

Arenado is having himself a fine season, as he is tied with Bryce Harper with the second most home runs in the NL, leading the Rockies through the thick of the playoff hunt.

Arenado continues his career ascension, as he’s improved his average and OPS in every season since his 2013 debut.

deGrom has been one of the lone bright spots for an otherwise dismal season for the Mets. You can tell it’s been a rough go for New York due to the fact that deGrom has managed only 5 wins despite his league-leading 1.68 ERA.

He’s having the best season thus far in his career, with personal highs in ERA, ERA+, FIP, WHIP, H/9, and K/9.

Injuries to Adam Eaton, Howie Kendrick, and Victor Robles opened up the door for the 19-year-old Soto. After bursting out of the gate, he’s quickly cemented himself in the middle of the Nationals’ lineup.

With Soto performing at such a high level, and fellow top prospect Victor Robles working his way back from injury, the tandem could soften the blow felt by a Bryce Harper departure.

I’m not quite ready to forgive Gabe Kapler for his early season blunders. Snitker has the Braves in contention earlier than most would have thought.

He’s done an admirable job managing a young squad. Of course, having established veterans like Nick Markakis and Freddie Freeman can make a manager’s job easier policing a youthful clubhouse.

Disagree on any awards? Chop it up in the comments.