If you haven’t noticed already, today is Friday the 13th.  The number 13 is a symbol of misfortune in our culture, for a variety of reasons.  So, for some, this is just another unlucky day best spent out of harm’s way.

But, for horror movie fans, this day is a reminder of the notorious hockey-masked slayer: Jason Voorhees.

Friday the 13th grossed nearly $60 million at the box office in 1980, despite a half-million dollar budget.  Fans couldn’t get enough, and the franchise now spans 12 films.

Throughout the series, we see Jason go through some changes.  Not only does he enjoy time at his favorite summer camp at Crystal Lake, he also takes trips to New York City, outer space, and even the depths of hell.

But what version is the best version of Jason?  Let’s crunch the numbers. 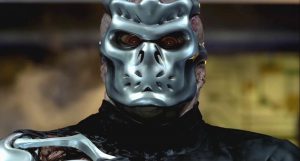 This movie is the most ridiculous in the entire franchise.  But, it’s a fresh, new direction for the character.

Our cryogenically frozen friend wakes up in the year 2455, on a spaceship, and far removed from any short-shorts wearing camp counselors.  And he’s not happy about it.

While Jason racks up the bodies, he does have a pretty unfair advantage.  First, he’s absolutely jacked, looking like he can bench over 800 pounds.  Second, he’s on a spaceship with a bunch of dopey scientists who have literally nowhere to go.

It’s kind of like when Alabama plays an FCS team to start the season.  Those wins just don’t mean as much. 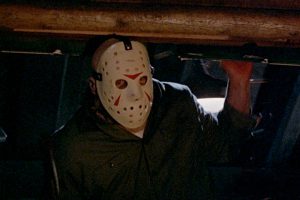 This movie picks up the day after Part 2, where Jason was stabbed in the head with a machete.  While statistically this isn’t his best performance, he gets bonus points for toughness.

He’s slower than usual in this one, but Jason makes up for it with creativity.  In addition to his patented machete, he uses a knitting needle, fuse box, wrench, and fire poker on his victims.

This is also the first time we see him wearing his iconic hockey mask, so it’s in much better shape than in later movies.  Hygiene is taken into account here.

In this movie, when Jason hits somebody they go flying.  I’m not sure what his diet is looking like, but it’s definitely working for him.

In one scene, a guy lights him on fire.  But Jason just continues walking through the cornfield, completely unfazed.  Then, he throws his flaming machete through that guy.

While this Jason is a total powerhouse, he still gets walloped by Freddy Krueger.  And for that reason, he comes up short. 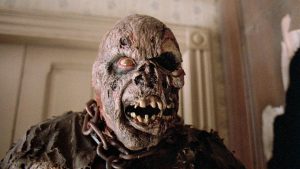 This version of Jason takes a lot of abuse.  Falling through stairs, lit on fire, impaled by nails, strangled with chains, you name it.  His body shows the wear and tear too, as he trots through the woods with an exposed spine.

He also has to deal with Tina, a girl with telekinetic powers.  But Tina’s mind control cannot stop Jason from tearing through her group of friends.

This might be the scariest-looking Jason, too.  By this point, he really looks like the monster that he is. 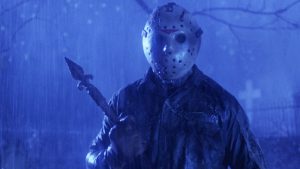 Shocked by a lighting bolt, Jason is resurrected and stronger than ever.  He’s no longer the stumbling Neanderthal we are used to seeing.

This Jason is much hungrier, too.  He came back from the dead with a real chip on his shoulder.  Right after rising from his grave, he makes quick work of Tommy Jarvis’ friend, who helped dig up his corpse.

Jason showcases pinpoint efficiency, most notably during the triple-decapitation scene.  Later, he kills the county sheriff by folding him in half like a piece of paper.

At this point he’s just showing off.  Like Saquon Barkley at the NFL Combine.

Happy Friday the 13th everyone!  Have a great day, and stay out of the woods.