MLB Surprise Performers: Do They Have Staying Power?

The MLB season is in full swing as we approach two full months of games. Most teams are around the 50 games played mark, with just over a quarter of the season completed.

Thus far, we’ve seen surprising individual performances and breakout seasons from the unexpected. While it is a small sample size to judge performance this early on, it’s always intriguing to see who is exceeding expectations and turning heads with their play.

If you haven’t been paying close attention to the Cardinals to start the year, you probably have no clue who Mr. Miles Mikolas is. After bouncing around between the Padres and Rangers to start his professional career, with little-to-no success, the 6’5″ righty hurler took his talents overseas to play in Japan.

This past offseason, the Cardinals inked him to a 2 year, $15.5MM deal. Mikolas hasn’t missed a beat, putting up numbers like he’s still in Japan. Improved velocity, command, and relying less on his fastball have been the keys to his turnaround in the States.

Colón is living and dying by his fastball, throwing the pitch at an average speed of 87.6 MPH, the lowest of his career, and using it an astonishing 83.2% of the time. His pinpoint command allows him to get batters out, as he has a career low 0.99 BB/9 through his first 8 starts.

He’s the oldest pitcher to appear in a game since 49-year-old Jamie Moyer did it with the Rockies in 2012. One thing we can all be thankful for is the fact that Colón is the the AL again.

No more watching the miserable, flailing attempts at the plate, that make a complete mockery of the game.

The 2018 season has been a renaissance for the career of Matt Kemp. Dumped by the Braves, and taken on by the Dodgers in a purely financially-motivated trade, nobody expected Kemp to last long enough on the roster to even be able to put on a Dodger uniform again.

But after they were unable to find a reasonable trade partner, the Dodgers brought Kemp to spring training with no guarantees. He earned a spot on the active roster, and injuries have opened the door for regular playing time for the former MVP runner-up.

Kemp is showing glimpses of his old Dodger days, and has put up a 1.2 WAR through his first 162 plate appearances — a total he hasn’t eclipsed since his 2012 All-Star campaign. With injuries still hampering the Dodgers, Kemp should have a clear path to playing time should he continue his newfound success. 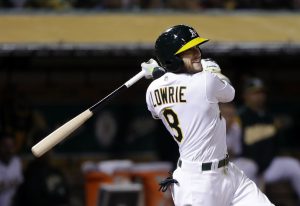 But this year we are seeing a different Jed Lowrie at the plate. He’s on his way to having his best offensive season to date, and will surely be an attractive trade piece come July.

The Stanford product has already amassed a 2.1 WAR through 50 games, which would tie his 2nd highest total for a season in his career. Lowrie is on the leaderboard for almost every single major offensive category in the American League.

He is 7th in WAR, 9th in AVG, 10th in OPS, 8th in hits, 8th in total bases, and 3rd in RBI’s. It’s been a truly fantastic start for Jed Lowrie. We’ll see if he can continue this torrid pace for the rest of the season. 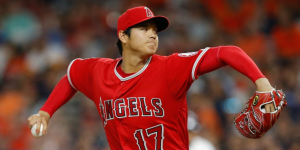 At the conclusion of Spring Training, Ohtani left the media and the rest of baseball scratching their heads. The so-called “Japanese Babe Ruth”, was turning out to resemble anything but the nickname he garnered while starring for the Nippon Ham Fighters.

He ended the spring with a pathetic slash line of .125/.222/.125 through 32 at-bats. His pitching line didn’t fare any better either, as he was walloped for 9 hits in 2 ⅔ innings, not counting his unofficial simulated games that weren’t very good either.

Not only were the stats not backing up the hype, but he simply did not look the part either. His 100 MPH heater was nowhere to be found, and he looked the equivalent of a high schooler at the plate, getting overpowered by fastballs from AAAA players. His play was so disappointing that there were questions as to whether Ohtani would even make the 25-man roster.

But alas, Billy Eppler and Mike Scioscia stuck with their prized two-way player, a move that has paid off for Ohtani’s development, and the Angels’ season success. All doubts have been erased from anyone questioning his ability, as his light tower power and dominant arsenal have proven his nickname is justified.