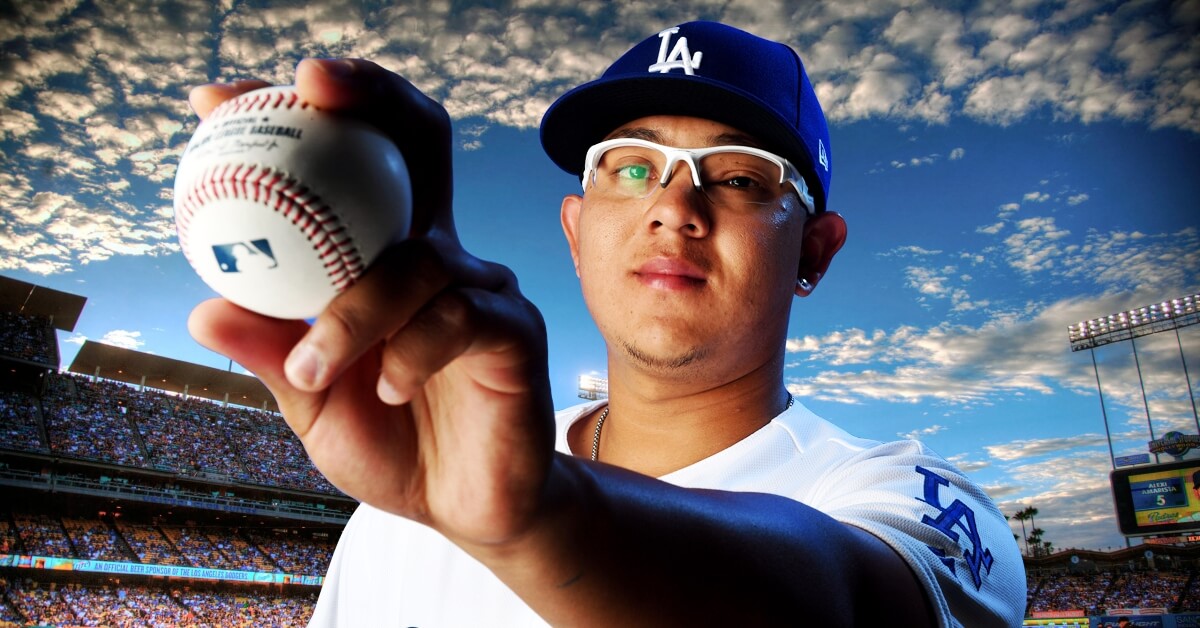 When you think of the Los Angeles Dodgers, Julio Urias probably isn’t the first name that comes to your mind.

But Urias has battled adversity throughout his entire life to get to the position he’s in today.

You don’t need to look too closely to notice the young pitcher’s left eye looks closed at all times.

While the young pitcher says he can still see out of it, the ailment brings its own set of issues.

In May of 2015 – after already going through three surgeries to remove a benign mass – Urias set off to have a fourth surgery to cosmetically repair his eye.

While this would be bothersome to most, Urias never took issue with it.

“That’s how God works. He gave me a bad left eye but a good left arm,” he told the LA Times.

Julio Urias missed a month in order to recover from the surgery, but he didn’t let it stop him from posting solid numbers.

While one hurdle was behind him, another was looming in the distance.

After a successful surgery and a quality 2015 season in the minors, things were looking up for the young Mexican pitcher. He followed up his accomplished 2015 by making his MLB Debut on May 27th, 2016 at just 19 years of age.

Urias was well on his way to becoming the next Fernando Valenzuela, a talented, left-handed pitcher that hailed from Mexico that worked wonders for the Los Angeles Dodgers throughout the 1980s. But unfortunately, his progression came to a halt during the 2017 season.

Urias struggled mightily in the beginning of the season for the Dodgers, forcing the club to send him down to their Triple-A affiliate in Oklahoma City. It was there that he stumbled upon another obstacle.

This time, it was a bit more serious.

On the morning of June 23th, 2017, the LA Times read: “Dodgers’ Julio Urias will have shoulder surgery and is out for the season.”

Urias tore his anterior capsule in his left shoulder. An injury that requires surgery and upwards of 12-14 months of recovery time. In comparison, it took former Cy Young Award Winner Johan Santana nearly 2 years to recover from the same injury.

All in all, not great news for a pitcher trying to prove he belongs in the majors.

Even though this type of shoulder surgery does not have the greatest success rate, Urias was optimistic from the beginning. He wasn’t going to let a bump in the road stop him from reaching his destination.

On June 27th, 2017 after successful surgery, Urias posted on Twitter with a positive note.

In English, it reads: “The more difficult the road, God will multiply your strength and you’ll know the better the victories. Never give up!”

After defying the odds and making a full recovery, Urias finished the 2018 regular season with 4.0 IP, 1 H, 7 K’s and 0 ER in relief for the big league club, ultimately landing him a roster spot for the 2018 postseason.

The 22-year-old found himself pitching in important games in both the NLCS against the Milwaukee Brewers and the World Series against the Boston Red Sox.

After winning the NLCS, teammate Kike Hernandez revealed something else about the young pitcher:

‪Before Doc’s speech, @kikehndez told the team that @theteenager7’s grandmother passed last night and he still came and put in work. This is for you, Julio!

Every underdog story is different. While getting signed by the Los Angeles Dodgers at 16 years of age doesn’t shout “Underdog!”, Julio Urias has battled adversity and overcome many obstacles to get to where he his today.

Urias is a fighter. He remained positive both through his eye surgeries and his shoulder surgery, allowing him stay on track for a successful MLB career.

I’m looking forward to following Julio Urias’ journey. You should too.