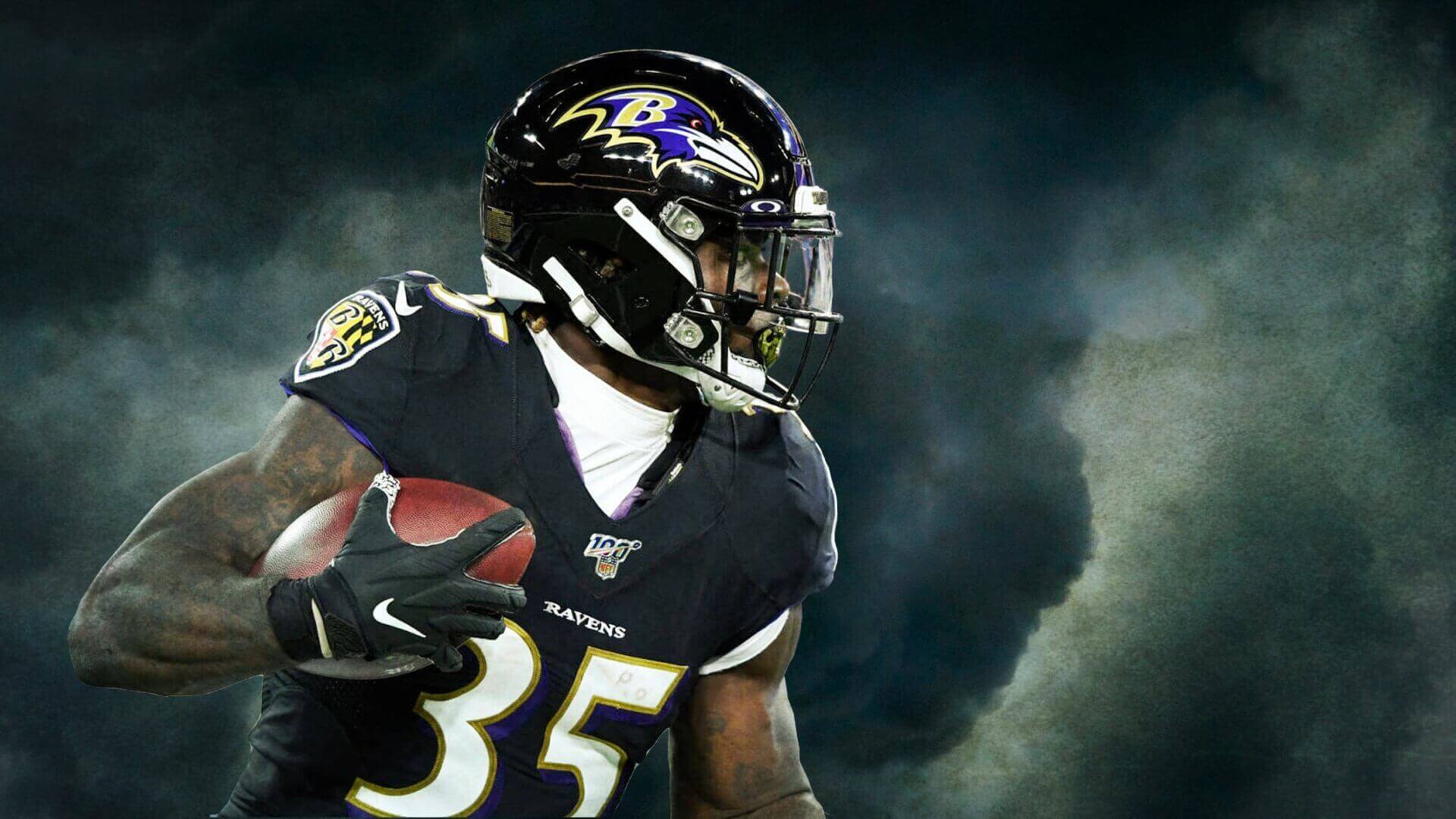 Gus Edwards was born in the West African country of Liberia.

His move to America was the result of pure chance.

Edwards’ aunt won a lottery trip to the States, which eventually led to their entire family making the 4,700-mile trek.

At 5-years-old, Gus was a fish out of water.

His broken English was a major hurdle in making friends.

“I remember it being hard to communicate with everybody,” he recalled on The Lounge Podcast.

“It took me a longer time to start writing and speaking out loud because I was shy about how I sounded.”

After finally getting a handle on the English language, Edwards took on a new challenge:

But when he got to high school, Gus lined up where he always wanted to be – running back.

With 868 yards and 11 touchdowns his senior year, he helped lead Tottenville High to the playoffs.

As a 3-star recruit, Edwards had a handful of options for college. Ultimately, then-head coach Al Golden lured him to the University of Miami.

He played sparingly in his first two seasons before a broken foot forced him to miss his entire junior season.

With an extra year of eligibility, Edwards spent his fifth year as a grad student at Rutgers.

“I definitely thought I was gonna get drafted,” he remembers.

But when the phone didn’t ring, and the draft came and went, Edwards was crushed.

“It was one of the worst days of my life, honestly.”

So he signed with the Ravens as an undrafted free agent.

When injuries depleted the team’s running back corps, Gus Edwards wasn’t even the first guy promoted to the active roster.

But when he finally got his chance in November of 2018, he never looked back.

Then they drafted Justice Hill in the 4th round.

And this past April, they used their 2nd-rounder on J.K. Dobbins.

But with every obstacle, Gus Edwards remains undeterred.

He just keeps pushing through.

“Gus, he deserves a lot more credit than he gets,” says teammate Mark Andrews.

“He’s the heart and soul of our team, really.”

Given his nickname, fans outside of Baltimore might think of Edwards as a one-dimensional, power back.

But the truth is, he can make plays anywhere, anytime.

And with the playoffs on the horizon, he looks to keep proving his worth.

“I’ve always felt like I belong…You need confidence to succeed in this league.”

This story is an excerpt from The Underdog Newsletter. Get the next issue by joining here.