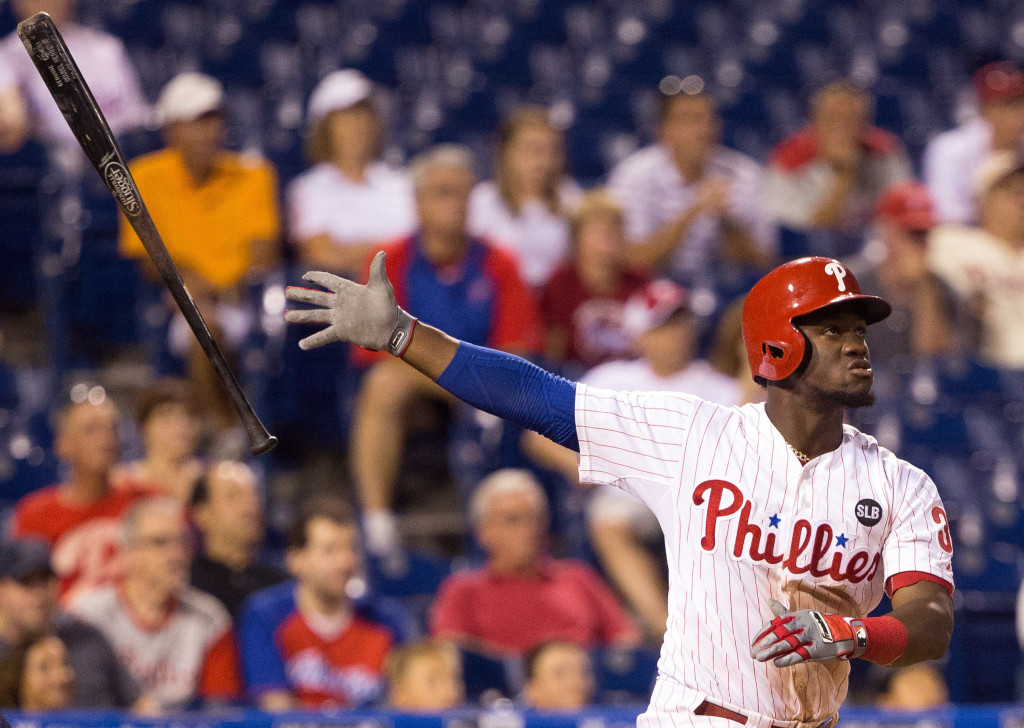 It is a windy, rainy night in May. Eighteen thousand or so fans barely fill half the stadium. The hitter finds himself in a quick 0-2 hole. The pitcher winds and delivers a high fastball that the batter hopelessly waves at for strike three. The crowd groans as the batter wanders solemnly back to the dugout, eyes trained to the ground. The players jog toward the dugout, the home team grabs their gloves to head out to the field, but there’s no sense of urgency behind this batter’s stroll. A few fans berate him as he finally reaches the dugout steps and removes his helmet. It is his fifth strikeout of the game.

The batter is Odubel Herrera, mired in a 4 for 44 slump. Four months later he would finish the year with 42 doubles, good for 3rd in the National League. In seeing Herrera hit for the first time, you may think to yourself what is this guy doing? Squatted down in an open stance, his front ankle pressed into the ground, and his bat waving in rhythm. Watching Herrera hit reminds me of my experiences with hitting coaches from tee ball through college. Each hitting coach often has a cookie cutter approach to how they want their players to hit. Each uses mechanical cues and fundamentally-based philosophies often ending up with a few players who feel restricted to an approach that is not their own. They cannot be themselves as hitters.

Looking around Major League Baseball, Odubel Herrera is an example of a player that many amateur hitting coaches would be quick to tinker with. In fact, they’d have a field day with his mechanics. Hitting a baseball is said to be the hardest thing in sports, and a lot of people talk about hitting as an art. Every artist has their own approach. Every artist is different, just as every hitter is different. They all have their own habits and routines that make them feel comfortable. Yes, fundamentals have their place, but it is not until a hitter is given the freedom to be himself that he can reach his true potential.

No doubt, Odubel Herrera is a polarizing player. Similar to guys like Yasiel Puig and Josh Reddick, he’s the type of guy who makes people scratch their heads with his abysmal at-bats, looking completely lost for stretches of games. But when he’s on he leaves fans awestruck with his incredible ability. He is a rare talent, which is the reason the Phillies inked him to a five-year, $30.5 million dollar deal in 2016.

Though it may not always be pretty, Odubel Herrera has shown that he can be a very productive player. Fans may get frustrated watching him stumble, but it’s important to remember that for every slump there is a hot streak waiting to unfurl. There is nothing more invigorating than watching Odubel Herrera rediscover his gap-to-gap stroke, leaving no bat un-flipped in the process. Young hitters like Herrera are what make the game exciting and fun to watch.