NFL Offseason: Where Will Kirk Cousins Play in 2018? 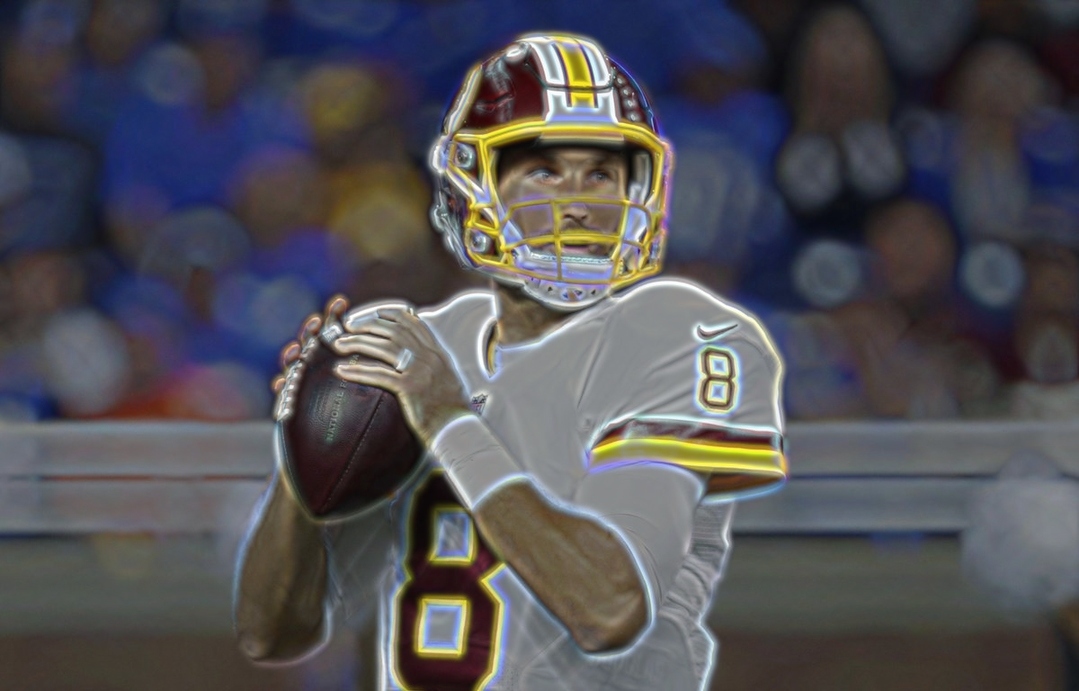 With the NFL season wrapping up, many teams will turn their attention to the offseason.  College stars will declare for the NFL Draft, coaches will be fired, and players’ contracts will expire.  As free agency looms, no situation has garnered more attention than that of Kirk Cousins.

With Cousins set to become an unrestricted free agent the past two offseasons, Washington became the first team in NFL history to franchise tag a quarterback in two consecutive seasons.  This has led to speculation that the team is unsure whether Cousins is their best option for the future.

If the Redskins decide to tag Cousins again in 2018, they’d have to pay him over $34 million in guaranteed salary.  However, it is fairly certain that they don’t want to do that.  By now, the team has had enough time to evaluate whether or not Kirk Cousins will be a part of their future plans.

So, if Washington decides to cut ties with Cousins, where could he land?

With the uncertainty surrounding Bruce Arians, the team could find themselves with a new coach in 2018.  Like many, that coach will want his own quarterback.  Carson Palmer is 38 and will probably be looked at as a bridge, at best, for a rookie to learn and develop under.

If they decide not to go that route, the team could have interest in Kirk Cousins.  After all, the team has the pieces to win now.  They have a transcendent talent in David Johnson and a stout defense led by veteran corner Patrick Peterson and exciting rookie linebacker Haason Reddick.

Signing Cousins would immediately make the Cardinals a better team.  It would also provide the NFC West with an exciting class of quarterbacks with Cousins, Russell Wilson, Jared Goff, and Jimmy Garoppolo.

Deshone Kizer is just another part of Cleveland’s storied history of failed quarterbacks.  Beginning as the starter, and benched multiple times throughout the season, Kizer’s confidence is “shot“.

However, confidence issues do not change Kizer’s limitations as a quarterback.  He leads the league in interceptions by a wide margin.

With a loss on Sunday, Hue Jackson’s team will have had one win in two full seasons.  And while ownership has said they are sticking with the head coach, there will be a ton of pressure to win in 2018.

That will not happen by bringing in another rookie quarterback.  Kirk Cousins may be Jackson’s best option for saving his job.  Along with talented pass-catchers in Josh Gordon, Corey Coleman, and David Njoku, Cousins could transform the Browns into a productive offense.

While Josh McCown played surprisingly well in 2017, he is not a long-term option.  Bryce Petty and Christian Hackenberg have not earned the confidence of the team or the fan base.

Head coach Todd Bowles is now signed through 2020, which gives him time to once again try to develop his own quarterback.  But Bowles is a defensive-minded coach, and his staff does not include any “quarterback whisperers”.

The Jets fan base is not known for their patience.  Everyone involved with the organization wants to win now.  Cousins would be the perfect option to plug in to the team.

After a lot of success for the better part of the last 7 years, the Denver Broncos have one of the worst records in football.  While the team has plenty of talent in most position groups, they are not getting good play from the quarterbacks.

Since Peyton Manning retired, the Broncos have had a hard time on offense.  Receivers Demaryius Thomas and Emmanuel Sanders were once part of one of the most prolific passing games in the league.  Now, with Trevor Semien and Brock Osweiler under center, their talent is going to waste.

John Elway has to be itching for a solution.  Rather than depend on the giant question mark that is Paxton Lynch (Is he healthy?  Can he even play?), he would much prefer to bring in a seasoned vet.

Vance Joseph probably wants his own guy as well.  He inherited the mess of a previous regime and Cousins would immediately stabilize his struggling offense.  Kirk Cousins makes a lot of sense for Denver on every level.

Top-tier quarterbacks almost never hit free agency.  Opportunities to sign an established veteran are few and far between.  In recent years, Drew Brees (2006) and Peyton Manning (2012) both signed with new teams and immediately made a huge impact.

NFL teams realize that this is a rare opportunity to transform their franchise.  So, where will Kirk Cousins play in 2018?