The Secret of Jon Snow’s Journey 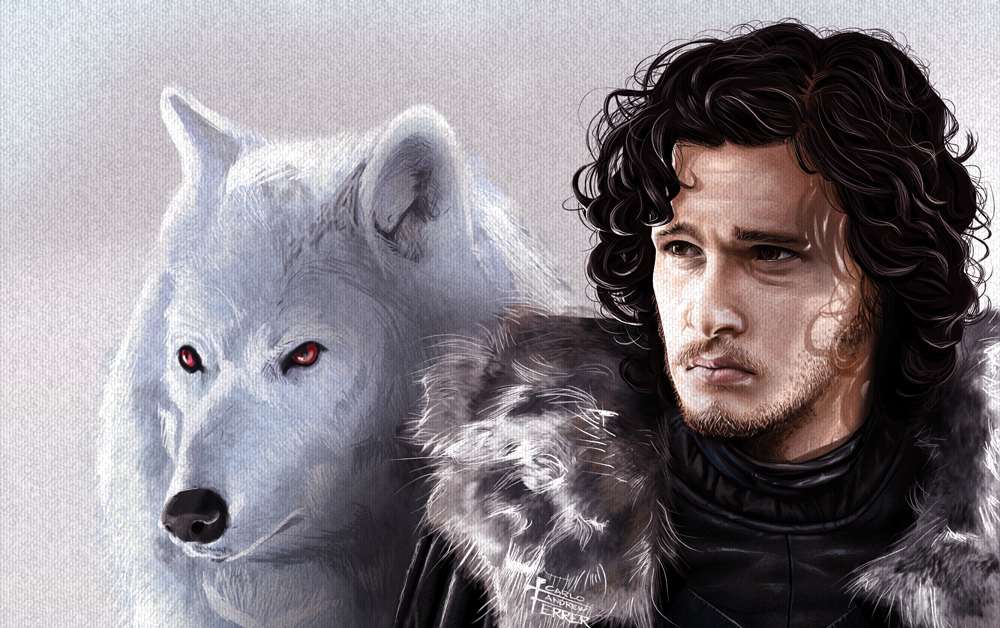 George R.R. Martin, creator of the fantasy epic A Song of Ice and Fire, is known for straying off the beaten path.  His stories and characters are often different from the predictable tropes commonly found in fiction.

Game of Thrones, the hit HBO series based on Martin’s novels, stuns viewers with its dramatic twists and turns.  You often think you know where a character’s journey will lead — and then they die.

Martin and the showrunners do their best to keep you on your toes.  But they could not avoid one character whose path was predictable from the very start.

In fact, his character arc was no secret at all.  All thanks to one renowned scholar and his recognition of a literary pattern called “The Hero’s Journey”.

Campbell’s pattern outlines 17 stages in the archetypal hero’s ascension.  Some stages are, of course, out of order or combined with others in different stories.

But, spoiler alert, Jon Snow’s journey follows the Campbellian monomyth to a T.

At the start of “The Hero’s Journey”, we find the character in their natural habitat — unsatisfied or distressed in some way.

We meet Jon Snow in Winterfell.  A bastard child living among the honorable Stark family who rule the region.  Jon sticks out like a sore thumb and, needless to say, feels insecure and out of place in his environment.

The Call to Adventure 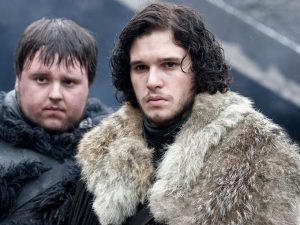 In the next step, our hero’s life changes forever.  Arising from intrinsic motivation or an outside force, he makes the decision to travel into the unknown.

The bastard tag follows Jon everywhere.  It’s a rough life for him in Winterfell.  So, when he speaks to his Uncle Benjen, he discovers that there’s opportunity for him in the Night’s Watch.

A chance to shed the bastard title and truly make a name for himself.  Jon accepts the call, traveling north to ‘take the black’.

At this stage, our hero meets an older, wiser person for guidance.  The mentor teaches him the rules of this new, unknown environment and passes down an object — called a talisman — that will help him along his journey.

Maester Aemon is Jon’s first mentor.  He teaches him about duty and provides Jon with a new perspective.

Then, Jon meets Jeor Mormont, who gives him Longclaw — a magical sword that will help him later on.

This is the point where our hero leaves the known limits of the world and ventures into a dangerous realm.

Jon crosses beyond the Wall with Lord Commander Mormont into the treacherous world of wildlings and White Walkers.  This signals Jon’s full commitment to his duty as a brother of the Night’s Watch.

The Road of Trials

Our hero undergoes a series of tests that will serve to transform him into a battle-hardened veteran.

Jon fights many battles beyond the Wall, against both wildlings and White Walkers.  He meets many friends and makes many enemies.

Through death and duty, he gradually transforms from the innocent bastard boy to a prominent figure in the Night’s Watch.

The Meeting with the Goddess

Amidst all the violence, our hero falls in love with a goddess of the new world.  Through this, he learns lessons that will help him down the road.

Jon falls in love with Ygritte and breaks his celibacy vows.  But eventually their worlds collide, as they find themselves on opposite sides of the Battle of Castle Black.

Ygritte dies in the battle and Jon must find a way to deal with this tragic loss.

This is our hero’s evolution to the rank of a god.  He experiences a ‘resurrection’ of sorts and returns with a greater understanding, ready for the more difficult part of his adventure.

After becoming Lord Commander, Jon’s men turn on him.  Calling him a traitor, the men brutally stab him and leave him to bleed out in the cold.

As far as everyone is concerned, Jon is dead.  That is, until he’s brought back to life at the hands of Melisandre.

Our hero transcends mortality and strikes a balance between the material and spiritual worlds.

Jon comes back to life armed with the knowledge of how to defeat the White Walkers.  He’s the chosen one, poised to rule the Seven Kingdoms.

Where will Jon’s journey end?  We’ll have to wait until next year to find out.

But don’t worry, here’s a show you can enjoy while you wait.