In sports, only a select few athletes get recognition as the top performer in their craft for a period of time — typically referred to as an “MVP season”. In this instance, a rapper’s MVP season is the period of time when no rapper on earth produced at their creative level, leaving a long-lasting impact on the culture.

For instance, in today’s NBA, LeBron James, Kevin Durant, Steph Curry, and James Harden are the pillars of that conversation. Meanwhile, the remaining majority are forced to compete for other titles and accolades.

In the sport of Hip-Hop, much is the same. A handful of rappers have simply outperformed their peers for an extended period of time, making them the undisputed “hottest” rapper in the game. In honor of the Grammys last month, we will attempt to give these artists’ their just due, by highlighting the Hip-Hop & Rap MVP award, given to the hottest rapper in the game every year from 1990 through 1994.

Immediately following his cinematic split with N.W.A, O’Shea Jackson, better known as Ice Cube, was preparing his first solo album. Initially, he reached out to Dr. Dre, the producer whom he had garnered so much success with over the past couple of years.  Dre reportedly wanted to work with him, until Eazy-E and Ruthless Records executive Jerry Heller quickly erased that idea.

Instead, Cube linked up with an east coast production team called the Bomb Squad. The team known for their work with east coast rap group Public Enemy. They delivered the high-energy funk sound, with Cube excelling at writing rhymes, and created a masterpiece.

The rhymes on AmeriKKKa’s Most Wanted went beyond gangster braggadocio and dug deep into the underbelly and surfaced the truths of American apartheid. Cube discussed “selling-out” in the industry, subliminally attacking his former group mates over at Ruthless Records.

The tension between mainstream pop culture and Hip-Hop (although today the two seem synonymous) was a true concern at the time, as racial tension was mounting. Cube even predicted the LA riots on this record, two weeks before they happened!

AmeriKKKa’s Most Wanted went platinum despite very little radio play, simply because Cube was quite obviously the best rapper in the game. He gave the streets what they needed to hear, and they tuned in.

Scarface began his solo career in 1991. His most famous song, “Mind Playing Tricks” released that year, along with “Diary of a Madman”, the song that would later serve as inspiration for the title of Scarface’s personal memoir.

Violence remains a theme surrounding his art, with ‘Face describing shooting a man. But, he doesn’t neglect the conflict that takes place within. His traumatic experiences lead him to riveting confessions like, “I know I’m here somewhere, but I can’t find me,” and is almost a full mental breakdown.

Scarface played a major part in the gangster rap, Mafioso era and his influence can be seen candidly in the works of Jay Z, Nas, Biggie and more. 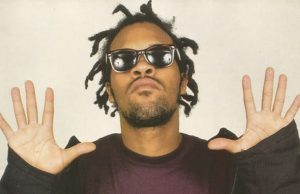 “F**k the smoov s**t, I get down with the boom bip. Like Q-Tip, I kick more styles than Bruce shoe’s kick!” With wildly impressive and addictive alliteration on EPMD’s foreboding 1990 classic “Hardcore,” Redman made his spectacular arrival on the scene.

As a lyricist, RedMan adapted Slick Rick’s narrative style with his own sick twist. His creativity led to a split personality concept introduced to listeners on “Mona Lisa”, combined with the multi-syllabic word-flipping of Kool G Rap.

Rap’s most influential innovators are the ones who take the blueprint left behind by their predecessors and help it evolve. In many ways, Red was a pivotal MC. He aided in bridging the gap between the advanced rhyming and rap’s emerging hardcore, gangster aesthetic.

He demonstrated that elite lyricists could be intelligent, capable, and complex in conveying their message. Traces of Red’s style can be heard in the work of Biggie, Eminem, and even Tyler the Creator today.

Out of the blue, at a time where East Coast rappers had been gaining some serious momentum, emerged a 21 year-old from Long Beach, California. Snoop Dogg’s simple, smooth flow and his ability to navigate negative space with fluidity, provided listeners with a much needed relief from the relatively chaotic rhyming patters that was growing popular along the East Coast.

That mark would not be eclipsed until the arrival of another protégé of Dr. Dre from Queens – who you’ll hear about next. Snoop would begin his legendary career in 1993 upon one of the most impactful entrances the game has ever seen.

In 1994, at the age of 19, Nasir Jones released the best rap album of all-time. Nasty Nas would ascend to Hip-Hop stardom in April of 1994 after the release of Illmatic, his debut LP.

All in all, Nas was a raw talent and a gifted poet. His dense yet nonchalant rhymes helped weave an eloquent and detailed narrative of a young man from Queensbridge, New York.

Essentially, one cannot overlook the importance The Source Magazine had regarding Nas’ ascension. Esco’ was the first rapper to receive 5 out of 5 mics in The Source for his debut album, granting him rights to the best rapper alive claim at the very start of his career.