Ranking The Top 4 Big Men in The NBA Draft

In the final installment of previewing the top prospects in this year’s NBA Draft, we turn to the big men. This year’s class is loaded with talent with a few guys likely to be taken in the top-5 picks.

Each of these big men helped their respective college teams excel this season and will look to make an immediate impact with the NBA team that takes a chance on them.

So without further ado, let’s take a look at the top big men in this year’s NBA Draft.

DeAndre Ayton checks every box for scouts. He’s got the physical tools — standing 7 feet tall and weighing 260 lbs. He shoots the ball well — averaging 20.1 ppg through his only college season. And he can get to the basket at will.

The only question concerning teams about Ayton is his questionable defense. However, he improved in this area as the season went on and he will continue to develop once he reaches the next level.

Ayton is expected to be the number one overall pick, and whether it’s the Suns or another team that picks him, he will make an impact right away.

Potential through the roof. That’s the best way to describe Jaren Jackson’s draft stock. At 6’11” and 240 lbs, he has the frame to play center in the NBA. But what makes Jackson Jr. so special is his defensive skills.

In college, he averaged 3 blocks per game, and he’s able to protect the rim and defend in space, which is a major plus in today’s NBA.  However, anytime the word ‘potential’ comes in, there are worries.

Jackson Jr. will need to get stronger to be able to deal with the grueling task of defending other NBA big men. But his ability to shoot beyond the arc, while not the best, is something that teams love. 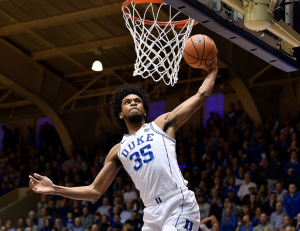 Marvin Bagley III was a nightmare for opposing teams this year in college. He was pretty much able to score at will this season as one of the more athletic big men in the NCAA.

Combining athleticism with the ability to get offensive rebounds, he was nearly unstoppable at times. The only downside for Bagley is that he needs to develop a better jump shot at the next level.  He also must improve his defense, as he was just average this past season.

Nonetheless, the offensive stalwart will most likely be a top-10 pick, perhaps even top-5. 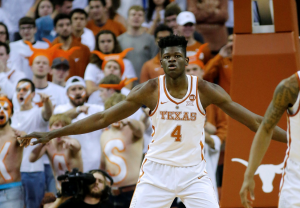 Bamba was one of the top players in college basketball last season and always an exciting player to watch. He’s also one of the most physically gifted players in this year’s draft.

His 7 foot frame comes with a jaw-dropping 7’9” wingspan, which will certainly help him disrupt shots from even the best players in the NBA. Although offensively he is raw, the potential is there for him to become a big-time scorer in the paint.

The main drawback for Bamba is that some scouts question his competitiveness and toughness. Also, at a mere 225 lbs, he’ll need to eat like Joey Chestnut this offseason to prepare for the NBA.