Blind Runners Defy the Odds at the Chicago Marathon 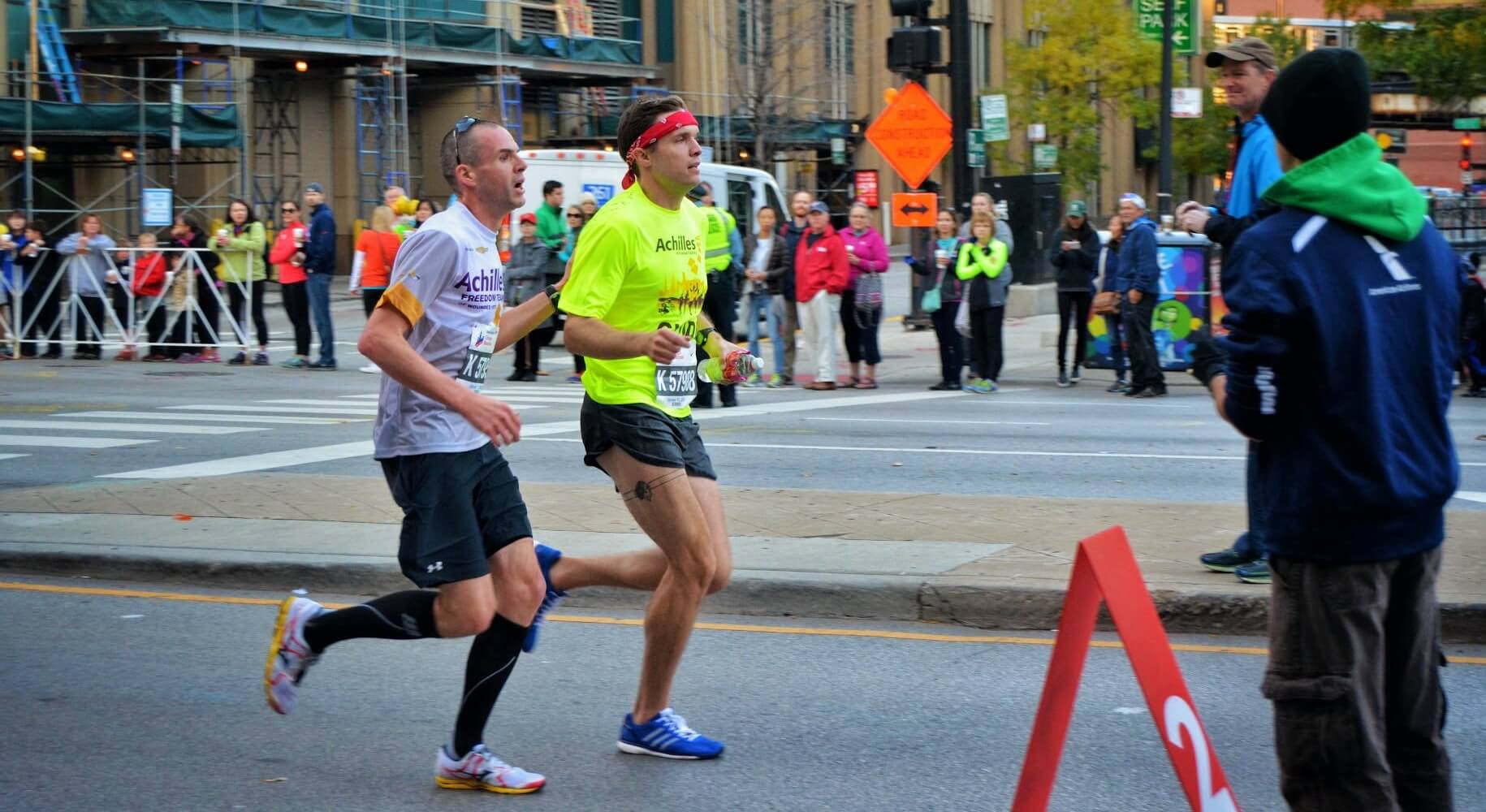 Every year, at least one of my siblings runs the Chicago Marathon. I’ve got three. Two have spouses.

Some years, one runs. Other years, every single one (and their spouses) run.

So each October, we make a family vacation out of watching the marathon. Some families go to the beach, some go to the mountains. We run around Chicago on a cold Sunday morning trying to get a glimpse of our favorite people.

We always start in the same place, the corner of LaSalle and Hubbard. It’s about 3 miles into the race and is the first aid station for the pros.

Tables line the street and a high school cross country team passes sports drinks to elite runners from all over the world. Their coach is a real piece of work. You would think he was coaching an Olympic track team the way he yells.

But before the elites sprint by, my favorite underdogs rule the street.

The first people to start the race are physically handicapped and blind. They get a good head start so they can spread out and not be overwhelmed by the hordes of other runners. 45,000 people run this race each year.

Israel Antonio (not pictured) is a blind runner who has completed the Chicago Marathon eight times. His slowest time is five hours and thirty-seven minutes. His fastest is under four hours!

After the blind runners come the handcycles and wheelchairs.

These people race on wheels because their bodies can’t run. Some are weak or paralyzed from horrific accidents or debilitating diseases. Some don’t even have legs.

If you’ve ever been to a marathon, you know everyone cheers as the runners go by. It’s an awesome atmosphere and quite loud.

When the disabled racers pass by, it’s something special.

He saw me taking photos and pumped his fist. I don’t know his story or why he can’t run, but I’ve never seen anyone look stronger.

Each October, you’ll find me on that Chicago street corner, eyes welling up with tears.

I won’t be alone.

When the disabled racers come through, it’s hard to find someone who isn’t touched.

Ryan Sneddon is the founder of The Daily Thread. Each weekday he sends high-quality outdoorsy clothes straight to your inbox. Subscribe for free now to join the crew.