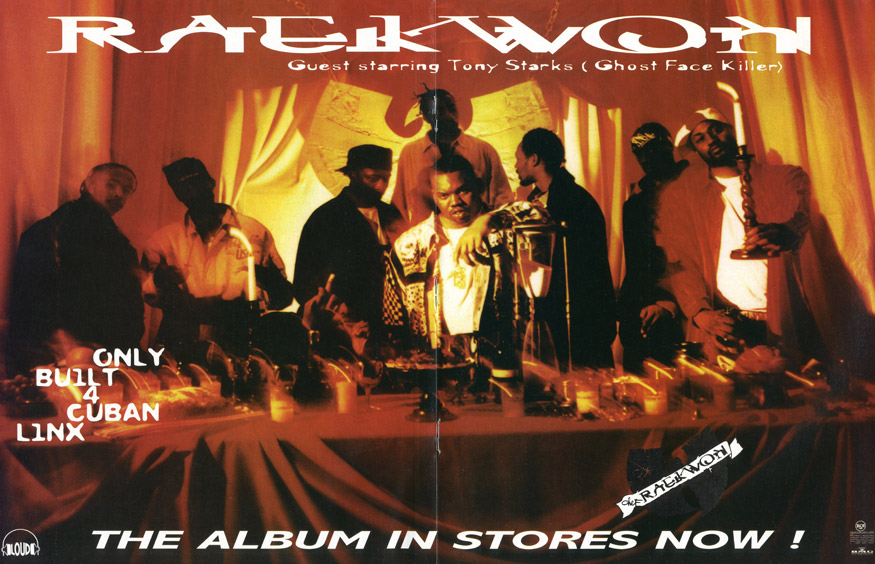 A pivotal piece of work in Hip-Hop history, Cuban Linx is the sort of album you need to know front to back to consider yourself a rap nerd. It’s a crucial chapter in the Wu-Tang Clan epic.

The album reshaped the way rappers tackled criminal enterprise. Cuban Linx is a legitimate contender for the best solo album by a Wu-Tang member– rivaled only by GZA’s Liquid Swords.

Only Built 4 Cuban Linx is also one of hip-hop’s most influential albums, thanks to Raekwon’s cinematic creativity. If GZA is the Wu’s best overall lyricist, Raekwon is definitively the best at painting pictures and storytelling.

On Cuban Linx, he translates the epic themes and scenes of a Mafia movie into an awkwardly captivating hip-hop masterpiece.

Raekwon was by no means the first to bridge together the connection between hip-hop and the mob. However, he perfected this trend before anyone else. Cuban Linx was the first album to paint such vivid pictures of large-money drug deals and black underworld kingpins living in luxury.

Obviously this had an everlasting influence on the new New York rap scene, with Jay Z, Mobb Deep, and Nas all following suit at some point in their career. In fact, Nas appears on Cuban Linx on the classic duet “Verbal Intercourse”.

Nas was the first non-Wu-Tang affiliated rapper to ever rap on a Wu-Tang track.

One listen is all it takes to understand why he was tailor-made to rap seamlessly alongside Raekwon & Ghostface Killah. On the boards, RZA produced some outstanding beats to further put you in a trance.

RZA’s beats were uncanny and sounded almost imperfect, which was generally the idea because of the uniqueness in Rae & Ghost’s chemistry.

RZA used skits from various Kung-Fu movies and samples from the John Woo Hong Kong shoot-‘em-up The Killer. He claimed in an XXL interview that the relationship of Raekwon and Ghostface Killah reminded him of the film.

On Cuban Linx, Rae deals with paranoia, betrayal, quick come-ups, and quicker losses. He battles with ambition and hunger as he brags about the gains he accumulated in the drug game.

There are tons of hits too: “Criminology”, “Ice Cream,” and “Incarcerated Scarfaces” were all huge successes in the mainstream markets. However, deep cuts like “Heaven or Hell” are what makes this album special.

This album provides lyrical potency, trendsetting style, and revolutionary production. There are components of Only Built 4 Cuban Linx that are absolutely pivotal and changed Hip-Hop forever. Take a listen, but do so in isolation.

Grab a pair of headphones and lose yourself in the splendid wordplay and street lingo of Raekwon the Chef as he and Ghost recall the trials and tribulations of an underground black crime organization in the streets of Shaolin.

Check out last week’s Throwback Album of The Week here.