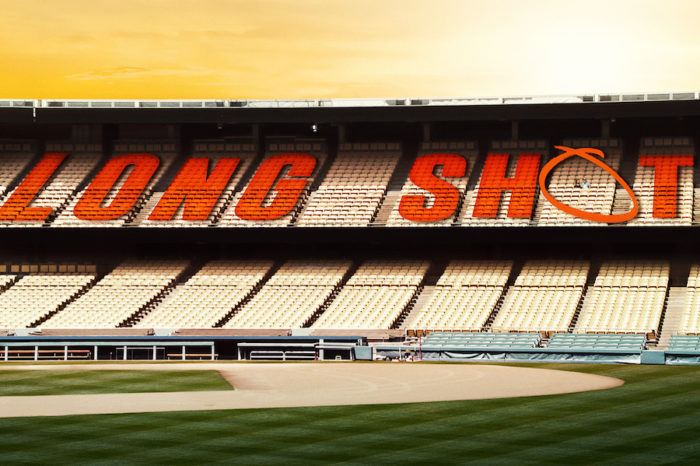 As he approaches his father’s workshop, something seems off. He glances in the rearview mirror and sees a truck trailing close behind.

Before he realizes what’s happening, he’s tackled to the ground and handcuffed. “You’re under arrest!” the man shouts. Then suddenly, within an instant, police swarm and take him into custody.

“You know what you did,” they say. But he doesn’t. He keeps asking why when, finally, they tell him. “You murdered a 16-year-old girl”.

This is the basis of Long Shot, a Netflix documentary short. Arrested for a murder he didn’t commit, Juan Catalan’s alibi becomes his key to escaping the death penalty.

May 12th, 2003. The night in question. Juan is at a Dodgers game with his young daughter. On that same night, a teenage girl gets shot and killed. Equipped with only one eyewitness and a police sketch, authorities finger Juan as their suspect.

With the cards stacked against his client, Juan’s attorney goes to the Los Angeles Dodgers for help. He seeks permission to view every second of video recorded at the stadium that night.

Later, we’re given an important, fascinating nugget of information. On that very same night, Larry David’s Curb Your Enthusiasm shot an episode at Dodger Stadium.

Now, Juan’s defense holds multiple pieces of footage that validate his alibi. This, along with other evidence revealed in the film, is the key that sets Juan free.

Juan’s story is one of remarkable coincidence. For starters, he wasn’t even supposed to go to the game. He got the tickets from a friend at the last minute.

This story is reminiscent of the case of Adams v. Texas. Randall Adams was a man with a similar story, accused of murder on a dark road in the middle of the night with several so-called “eyewitnesses”.

A documentary called “The Thin Blue Line“, tells the Adams story and is one of the early influencers of true crime documentaries like Long Shot.

These films pose many philosophical questions about our justice system. When charged with a crime, are you really presumed innocent?

Long Shot sheds light on the fact that the minute the handcuffs are clasped around your wrists, the odds are weighed heavily against you.