Week 2 didn’t bring us the points we saw Week 1, but this week we’re going to bounce back with a vengeance! While two of my picks last week did put up double digit efforts (Jordan Reed and Cooper Kupp), they failed to reach the end zone.

But have no fear, we are only two weeks into the season and I’m ready to help make you some money this weekend!

Here are my picks for your DraftKings lineup in Week 3 of the NFL season. 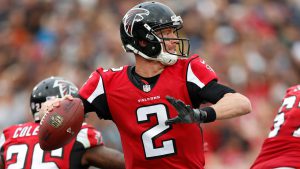 After an extremely slow start to the season against the Eagles, Matty Ice bounced back against the Carolina Panthers last week. He completed 23 of 28 passes for 272 yards and 2 touchdowns with 1 interception. He also ran for 18 yards and 2 scores.

Ryan faces a New Orleans Saints defense that has given up an average of 325.5 passing yards through two games. Look for Ryan to have a huge game through the air.

Potentially stacking Ryan with WR Calvin Ridley or WR Julio Jones (who’s due for a breakout game) can help your team rack up the points. 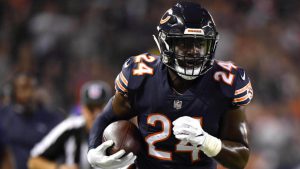 After a solid performance in Week 1 against the Packers, Howard struggled to get anything going Monday Night against Seattle. The Chicago bruiser rushed 14 times for just 35 yards, snagging 4 passes for 33 yards in Week 2.

Howard goes up against an Arizona Cardinals defense that’s averaging an astounding 136 rushing yards per game this season. While some were worried about Howard splitting snaps with RB Tarik Cohen this season, Howard is proving to be the number one back for Matt Nagy and the Bears.

Look for Howard to have a bounce back Week 3 against the Cardinals. 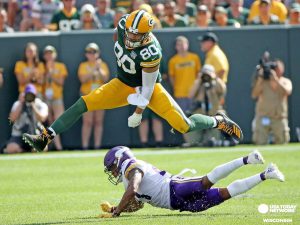 Many think Jimmy Graham’s career has been in a free fall for the last few seasons. However, he couldn’t ask for a better situation to be in.  An athletic, pass-catching tight end for an injured Aaron Rodgers is the perfect recipe for a career renaissance.

In Week 2, Graham caught 6 passes for 95 yards and, while it didn’t count in the box score, had a touchdown in the red zone that was negated by a holding penalty. With Rodgers less mobile than usual, Graham’s role in the offense becomes that much more important.

He will see a Washington defense that’s given up 177 passing yards per game against an awful Sam Bradford Cardinals team and a Colts team led by Andrew Luck, who looks like he’ll never be the same quarterback again.

You can count on Graham to be a leading pass catcher this week against the Redskins. 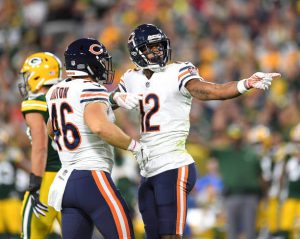 After two games with his new team, Allen Robinson is proving that he’s the number one receiver in Chicago. While he’s yet to find the end zone, Chicago’s top pass catcher is averaging 72 yards per game through Week 2.

Not only do his numbers speak to why you should have him in your lineup, but his 21 targets on the season should also be extremely encouraging. Robinson goes up against a Cardinals defense that’s averaging close to 300 yards per game through the air.

While they only scored 3 FPP last week against a Rodgers-led Green Bay attack in Week 2, they racked up 18 FPP in Week 1 against San Francisco.

Look for a lot of sacks and potentially a helping of interceptions this week for the Vikings defense. Their lucrative salary is well worth it.

For a more in-depth analysis, check out this week’s podcast (The Name Our Podcast Podcast). We need a name. Obviously.