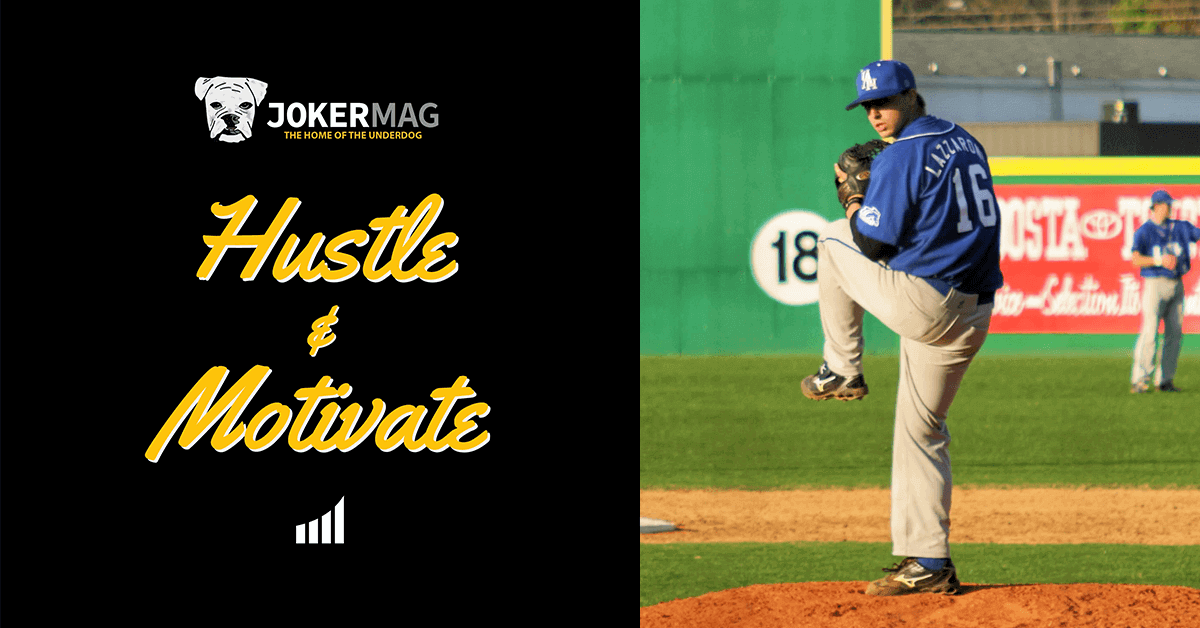 If you’re someone who’s been told you weren’t good enough, not big enough, not fast enough, not smart enough, or if you’ve ever felt paralyzed by a failure that you just weren’t willing to accept, this is the show for you.

Hustle & Motivate is a blueprint, built by guests who’ve conquered obstacles, silenced critics, and overcome adversity by seeing every failure as an opportunity, realizing the true power of the underdog mentality.

Through insightful and thought-provoking conversations, we uncover the stories behind these impressive individuals.

The aim is to show you what you’re capable of.

Realizing that a simple mindset shift opens up a world of possibilities.  Because in the end, you can do anything you believe you can achieve.

Who Is Dan Lazzaroni?

Today’s guest is a former professional pitcher who endured a rollercoaster of ups and downs throughout his career.

Dan Lazzaroni spent time bouncing around the indy leagues before signing a minor league contract with the San Diego Padres. After rising through the ranks, all the way up to Triple-A, a shoulder injury threw his career off the rails.

With his dream all but over, Dan had a revelation.

He calls it The Wave Method, describing it as “a technique and discipline of how to use the body to properly release a baseball while utilizing the energy within and around oneself to produce maximum efficiency, consistency and velocity.”

“The more you work at something, the more help you get…You get out what you put in. And I just kept putting in as much as I could to tell myself I could do something. ” – Dan Lazzaroni

[7:57] Dealing with an uncertain future while pursuing a lifelong dream.

[11:09] How Dan landed his first pro contract and the mind-boggling whirlwind that immediately followed.

[18:25] What it was like to be traded, lied to, released, and picked up by an affiliated team over the span of 24 hours.

[24:21] The many reasons why minor league numbers don’t always tell the whole story.

[29:14] Processing the realities of a career-ending injury.

[35:11] Finding a new purpose in life and the beginnings of The Wave Method.

[50:33] Dan Lazzaroni’s biggest piece of advice for those dealing with adversity in life.

Remember, whether you’re on the road or at the office, you can find Hustle & Motivate on all of your favorite platforms:

If you enjoyed the show, we’d appreciate a quick review on iTunes. It goes a long way in getting our message in front of more people who could use it.

Questions or suggestions?  Let it loose in the comments below!