The Top Underdogs to Root For: AFC/NFC West 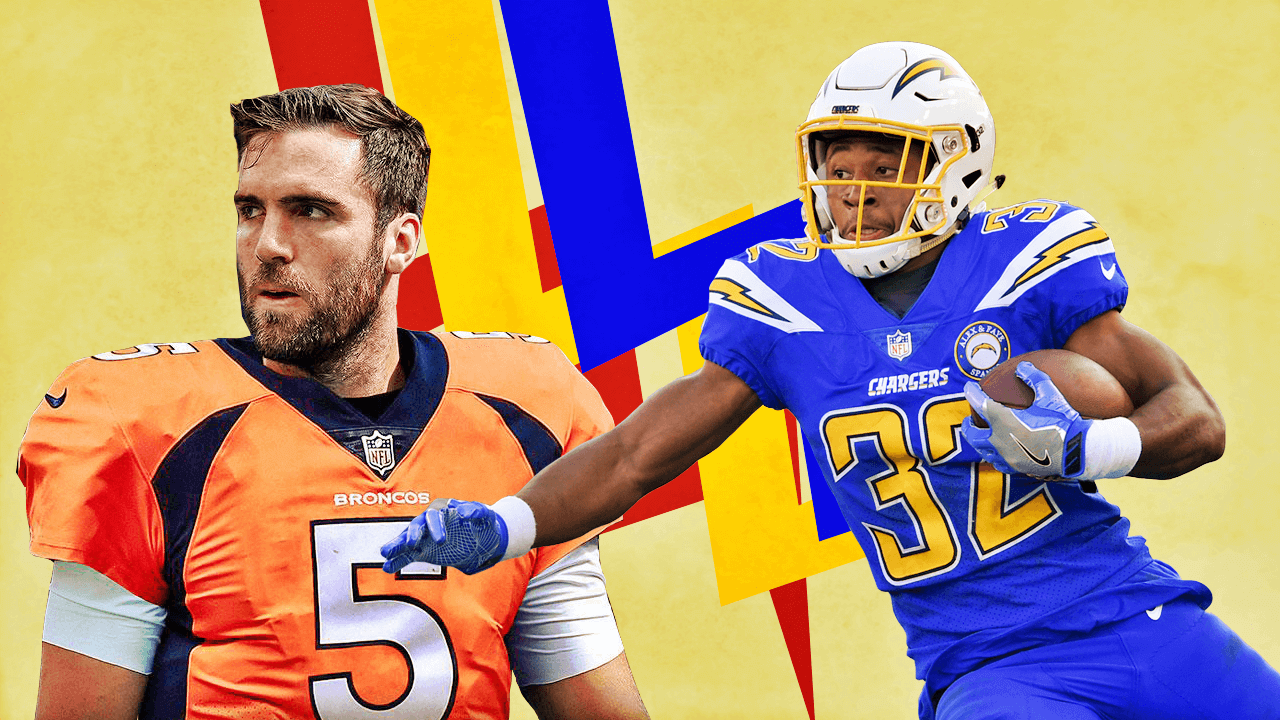 I am thrilled to announce that the Sneaky Plays trio of Dom Fierro, Chris Morris and myself is back for the upcoming NFL season! Sneaky Plays made its debut in Week 2 last year and we’ve been pumping out consistent shows ever since.

From NFL DraftKings plays to NBA Free Agency, we’ve got you covered.

With that being said, the boys are excited to get back to our bread and butter – football. Last season, we were limited to giving our audience ‘sneaky plays’ for your weekly DraftKings and daily fantasy football lineups.

But this year we’re going above and beyond to provide you with breakdowns of all 32 NFL teams and highlighting underdogs from all 8 divisions before the season even starts!

Our definition of an underdog in this context is broad. It can be as simple as a player getting a second chance on a new team or as complex as a player overcoming multiple injuries entering the season.

Here are our top underdogs from the AFC and NFC West!

If you are an avid a follower of Last Chance U, you may have learned the story of Dakota Allen. On the show, the skill and poise of Allen was evident.

He was the leader on a team filled with players just like him – in need of a second chance. East Mississippi Community College gave him that chance after he was expelled from Texas Tech and dismissed from the team after being charged with second-degree burglary.

Dakota Allen is the epitome of why people deserve second chances. He proved to everyone, including himself, that he would buckle up and improve not only as a player, but as a person.

Allen found his way back to Texas Tech and did not disappoint – accumulating 165 total tackles in his final two seasons before being selected by the Los Angeles Rams with the 251st pick in the 2019 NFL Draft (coincidentally the same pick as Justin Jackson in 2018).

Allen may not make an immediate impact for the LA Rams this year, but he has already impacted the lives of many by becoming a better person and taking advantage of his second chance.

Justin Jackson was the 251st overall pick in the 2018 NFL Draft out of Northwestern University. One could argue that teams made a mistake by not drafting this kid earlier.

Jackson has the tools to be an every down back and proved that last season by averaging over 4.1 yards per carry and catching the ball out of the backfield.

With teammate and RB1 Melvin Gordon holding out, Justin Jackson should see a serious uptick in touches and prove he belongs.

Our insider Chris Morris is all about Rashaad Penny for the Seattle Seahawks this season.

It’s hard to pin a first-round pick as an underdog, but Penny broke his finger in training camp last year and found himself as RB3 on the depth chart behind Chris Carson and Mike Davis. But he did not let a slow start keep him down and he forced his way into getting touches, averaging 4.9 yards per carry.

With Mike Davis now in Chicago, Rashaad Penny will look to battle fellow RB Chris Carson for carries. Don’t be shocked when he takes it over.

Welcome to your new home, @JoeFlacco.

We view Flacco as a player that has overcome obstacles. Last year, Flacco was getting heat in Baltimore for not being productive. In the rearview mirror was the highly-touted rookie Lamar Jackson.

Joe Flacco couldn’t resist looking over his shoulder and it greatly affected his play. Then he got hurt and Lamar Jackson took the reins.

This season, Flacco will be rocking some new threads in Denver. We believe he still has enough talent to compete in this league.

You can hear our complete rundown of both the AFC and NFC West by tapping the play button below. Or tap the icon of your favorite podcast platform to listen on the go!

Want more? Subscribe to The Underdog Newsletter to get the top underdog stories in your inbox every Tuesday!