Should I Watch This? ‘The Staircase’

Looking for a new show is like looking for a new restaurant after your favorite place closes down.  It takes time, patience, and a lot of trial and error.  The aim of “Should I Watch This?” is to save you that time.  By watching a show’s pilot episode, we decide if a series is worth the watch.

If you are questioning whether to start watching the latest controversial Netflix docuseries, The Staircase, this may help ease your mind.

After seeing the teaser on Netflix one day, I said to myself that this might be something I’d watch when there’s nothing else on, maybe tuning into an episode every few days or so.

But, after finishing the first episode, I proceeded to devour the remaining nine hours worth of episodes in just three days.

The Staircase follows the real life story of Michael Peterson, an author from Durham, North Carolina and his journey for justice. He’s accused of murdering his wife, Kathleen Peterson. She died a tragic death after falling down the family’s staircase — or did she? 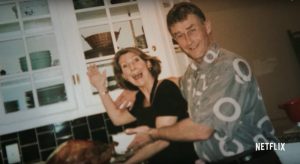 When the Durham Police Department and District Attorney’s Office investigate the scene, they suspect foul play. They figure there’s more to the story than a few too many glasses of wine at the end of the night.

The Staircase gives you everything you love about a crime/court documentary from the analysis of the crime scene, real life court proceedings, flawed justice, and an ending that will knock your socks off.

While the first two episodes can drag a little, it’s necessary exposition. Simply put, there’s a lot to explain. But hang tough and power through because it gets 100 times better. 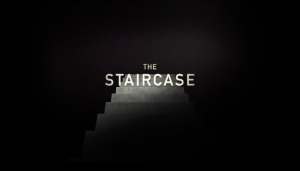 Each episode brings its own unique twist, shaping a case that spans the better part of 15 years. What makes this documentary great is that it will leave you in a state of constant shift. He’s guilty. He’s not guilty. He’s definitely guilty. Wait, no he isn’t.

All in all, The Staircase is a must-watch series. Make it a priority to tune in before the end of the summer.

Give the hit series a shot and after you’re done watching, come back and comment below with your answer to the central question — did Michael Peterson murder his wife?

Crime docs not your thing? Check this show out instead!