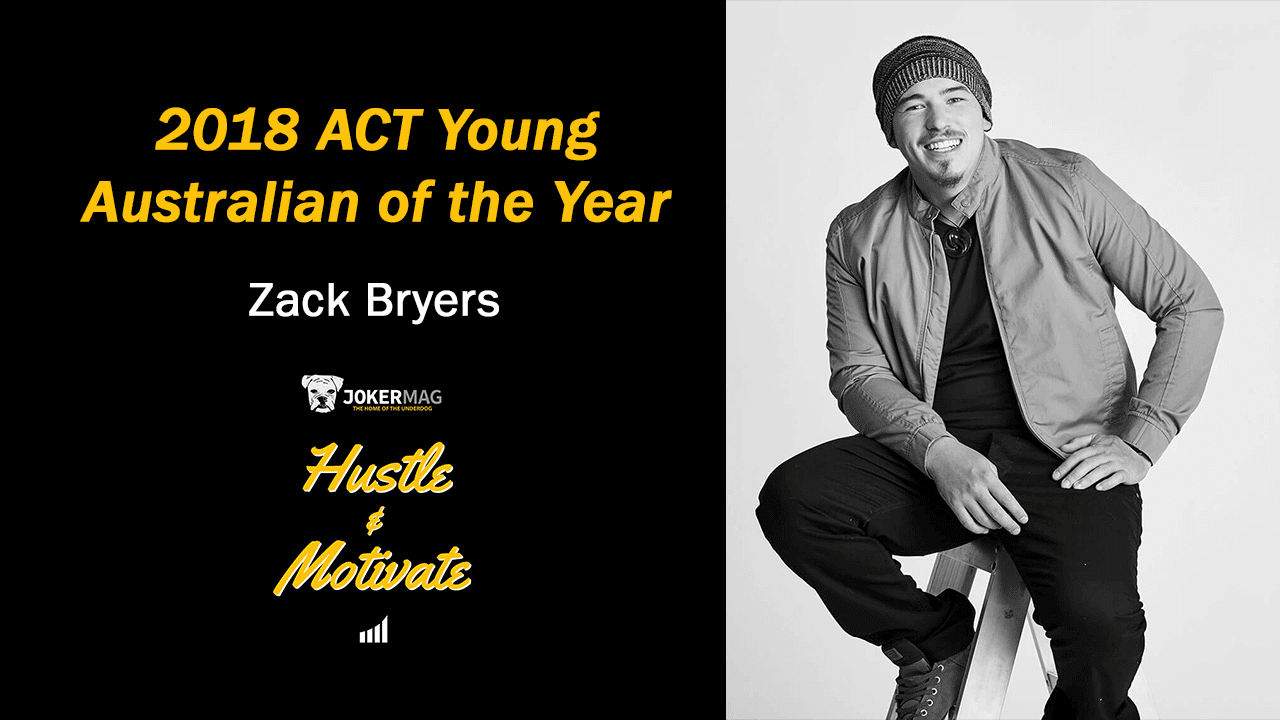 Zack Bryers has been a homeless teenager, a soldier in Afghanistan, and a football player for Australia in the IFAF World Championship in Canton, Ohio.

After leaving home at just 15-years-old, Zack spent time on the streets before he set a goal to join the army which turned his life around. He fought in Afghanistan before post-traumatic stress disorder saw him medically discharged.

That’s when Zack set another goal – to make the Australian national football team within 18 months. Incredibly, he made the team in 17 months and played in the World Cup in the Canton, Ohio.

In 2018, Zack was named ACT Young Australian of the Year for his work with at-risk youth. Today, he juggles professional speaking with running Bryers and Associates, a company that helps small businesses grow and leave a lasting legacy.

Listen to Zack’s story by tapping the play button below. Or tap the icon of your favorite podcast platform to listen on the go!

[31:22] The secret power of being undervalued

You can find out more about Zack Bryers on his speaking website, ZackBryers.com. You can also follow him on LinkedIn.

Persevere Past Your Paralysis with Dr. James Perdue

Want more inspiring stories like this? Subscribe to The Underdog Newsletter to get the top underdog stories in your inbox every Tuesday!