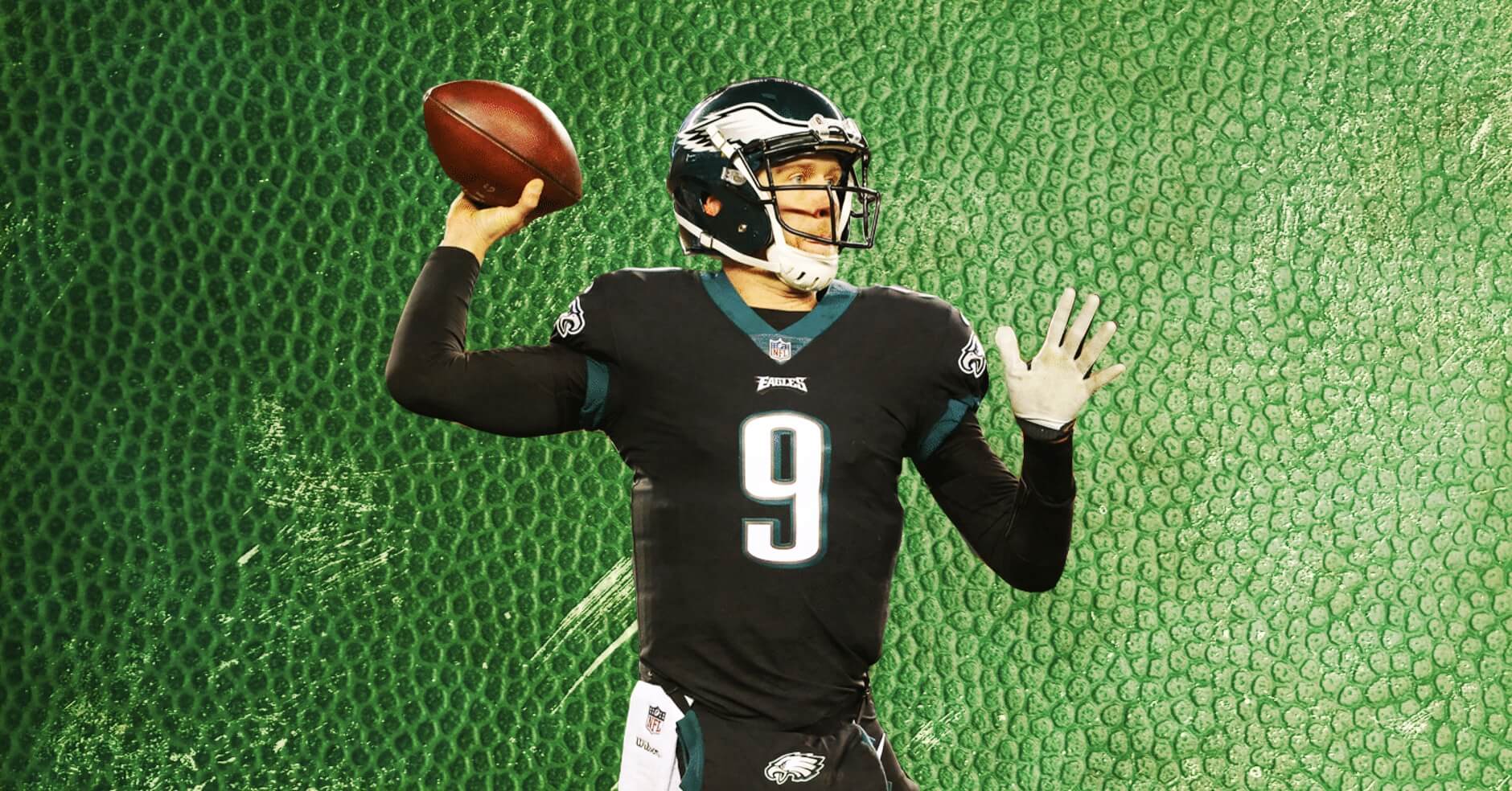 Week 15 of the NFL season started off with a bang! The Los Angeles Chargers stormed back against their divisional foe in the Kansas City Chiefs and completed a 2-point conversion with just seconds remaining to pull off the victory.

You might think it’s hard to top what went down on Thursday Night Football, but we can help you with that.

All you have to do is create a winning lineup on DraftKings with help from myself and our fantasy insiders on the Sneaky Plays podcast!

Here are our Week 15 Sneaky Plays to help you do it.

The hero of Philadelphia is back! Nick Foles gets the nod this week as fellow QB Carson Wentz is dealing with a brutal back injury.

As you’ll remember from last year, Nick Foles is as solid of a backup as they come and he could be a starter for a number of NFL teams. He hasn’t started since Week 2, but his price is too good to not take a chance on.

If Foles can log near or above 15 fantasy points, he’ll be more than worth his minuscule price.

Alas, the Minnesota Vikings have fired their offensive coordinator — a coach who tended to abandon the run. The new OC, Kevin Stefanski, has had experience in the Vikings offense when they were successful running the ball and that should bode well for Dalvin Cook.

The sophomore has turned it on as of late, averaging 18.2 fantasy points per game over the last three weeks. He’s been putting in work rushing and receiving, proving that he is a versatile back that is serviceable on all downs.

Look for Cook to get an uptick in touches this week against a generous Dolphins defense that ranks 29th in rushing yards allowed per game.

Mixon is an absolute beast. Last week against a stout Chargers defense, the second-year RB carried the ball 26 times for 111 yards and a TD in addition to 5 catches for 27 yards.

With Mixon being the focal point of the offense, he should put up great numbers once again. 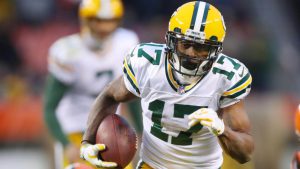 Davante Adams has been the one steady player for the Packers all season long. The veteran WR is Aaron Rodgers’ most trusted target and that is not going to change any time soon.

Over the last four weeks, Adams has been averaging 11 targets per game. Adams is going up against a Bears defense this weekend that he’s consistently put up incredible numbers against in his career. In Week 1, Adams shredded the Chicago defense for 88 yards and a score.

Look for Rodgers to lock in on Adams this week and send a plethora of targets his way.

While I completely understand the hype about JuJu Smith-Schuster, AB is still the #1 WR in Pittsburgh. He is averaging 21.3 fantasy points per game this season and has a TD in 10 out of 13 games.

The Steelers face off against the Patriots this week and this matchup is destined for a shootout. With the Steelers down to their third-string RB, don’t be surprised when Big Ben throws the ball 45+ times with a good chunk of them being sent in AB’s direction.

Look for Antonio Brown to put up big numbers this week. 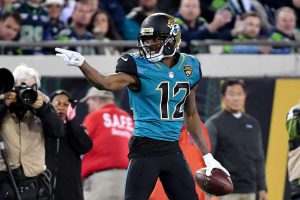 Westbrook was the lone bright spot for the Jaguars last week on Thursday Night Football against the Titans, posting a line of 7 receptions for 88 yards and a score.

This week, the Jags host a reeling Washington Redskins team that got torched by an Odell Beckham-less New York Giants club. Westbrook has quietly been having a solid year, averaging 12 fantasy points per game.

Since Week 10, the young WR has averaged 6.6 targets per game. Look for Westbrook to up that average this weekend and thrash the Redskins secondary. 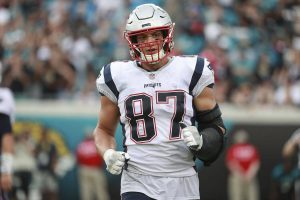 Gronk is back. The veteran TE went off last week for 8 catches, 107 yards and a TD.

This week, Gronkowski and the Pats face off against a reeling Steelers team. Their defense has been below average against TE’s all year, allowing 5.3 catches per game to the position.

Don’t be surprised if Gronk is involved early and often on Sunday. 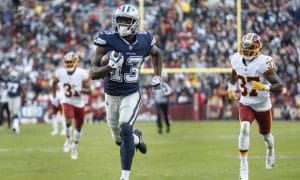 Gallup hasn’t exactly been lighting up the stat sheets, but his targets have been there — averaging 6 per game since Week 9. The rookie WR has also averaged more air yards than Amari Cooper in that time.

QB Dak Prescott has missed a few throws his way in recent games, but Gallup is a big play waiting to happen when the ball is thrown his way.

Defense has not been kind to us the past two weeks, but let’s see if we can bounce back this week.

I’m going with the Green Bay Packers this week. The Green Bay defense has been playing well as of late and the Chicago offense has not been the same since the injury to Mitch Trubisky.

Trubisky does not seem 100% at this moment and I can see Breeland and Alexander taking care of business for the Green Bay secondary.

Look for them to force a few turnovers and put up some fantasy points.

For a more in-depth (and entertaining) look, listen to this week’s Sneaky Plays podcast.