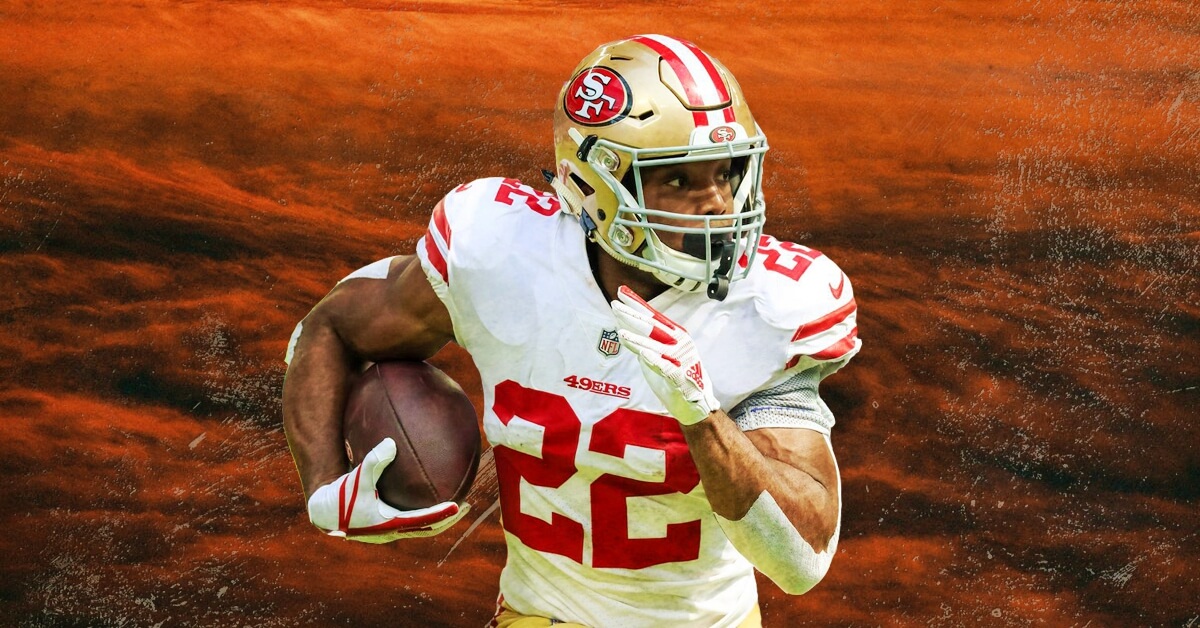 The Pittsburgh Steelers aren’t the only team that is good at home. I’ve been doing pretty well myself.

Avoid the stresses of not making the playoffs in your fantasy league and create a winning lineup on DraftKings with help from myself and our fantasy insiders on the Sneaky Plays Podcast! 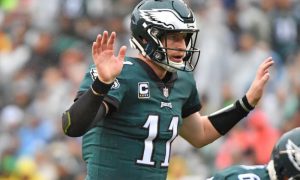 The Eagles are coming off a bye week and are playing at the Linc on Sunday Night Football where they welcome the struggling Dallas Cowboys.

Wentz has been putting on a clinic since Week 4 and I don’t see that stopping anytime soon.

The addition of WR Golden Tate gives Wentz another weapon to utilize through the air. With the running game slowing down in Philly, look for Wentz to sling the pigskin around. 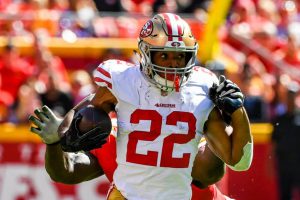 Breida has been dealing with a lingering ankle injury over the past few weeks. But after 11 days of rest, he should be geared up and ready to go for Monday Night Football.

With fellow running back Raheem Mostert going down last week with a season-ending injury, Breida will be in line for majority of the work.

With the Giants defense ranking 25th against opposing running backs and Breida averaging roughly 5.5 yards per carry on the season, look for #22 to take advantage of his opportunities.

This week, Change Your Breida Filter. 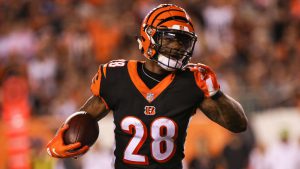 I know the Saints defense has not been too kind to opposing running backs, but Joe Mixon is a force to be reckoned with this week.

With WR AJ Green sidelined with a toe injury, the second-year back out of Oklahoma will be utilized early and often. Mixon has shown phenomenal hands out of the backfield and can also punish defenders running between the tackles.

Mixon’s full arsenal should be on display this week in what could very well be a shootout in Cinci. 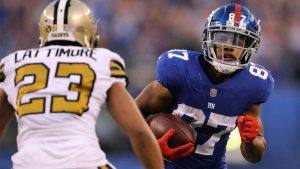 The New York Giants are coming off a much-needed bye week hoping to revamp the offense. Even with the Giants’ lackluster play so far this season, Shepard has been consistent.

The speedster is averaging 7.4 targets per game and boasts three 20+ fantasy point games over the course of the season.

Shepard is going up against a San Francisco defense that ranks 20th against wideouts and this could be a game where he takes full advantage on potential mismatches in the slot. 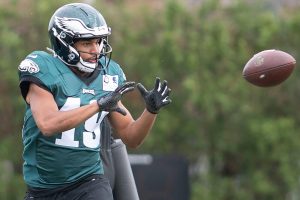 The veteran wide receiver will be rocking new colors this weekend and line up in the slot for the Philadelphia Eagles.

Golden Tate has posted double-digit fantasy points in all but one game this year and slides into an offense that is starting to find its groove. Tate should see a plethora of targets from Wentz, who will be looking to unleash the beast. The combo should soar this week.

I don’t usually get swayed by social media, but Golden Tate sure does look good in green! 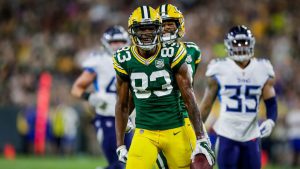 The rookie wideout has come on as of late, posting double-digit fantasy points in each of the Packers last 4 games.

Green Bay is finally back at home this week, which could be just what the doctor ordered after two tough losses. With Geronimo Allison on IR and Randall Cobb not playing well, MVS will be next in line behind Davante Adams for targets.

It’s tough to ignore the production that MVS has been providing Green Bay. He makes the tough catches, something that has always gained the trust of Aaron Rodgers.

A big game from Rodgers is looming. Look for MVS to be a beneficiary of that. 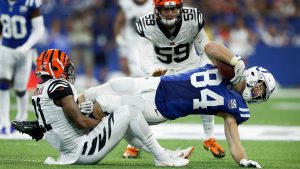 Jack Doyle rules! The Indianapolis tight end came back from injury in a big way in Week 8 against the Raiders.

Doyle immediately replaced fellow tight end Eric Ebron as the number 1 option at the position. In just three games played, Doyle has secured 15 receptions on 22 targets for 150 yards and 1 TD.

Look for Doyle to be a security blanket for Andrew Luck this week and going forward. 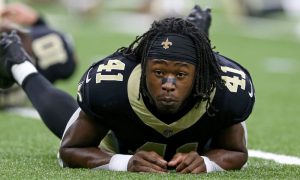 Kamara may seem pricey at $8,700 but he is worth every penny this week. The Saints are going up against a Cincinnati team that is generous to opposing offenses on all fronts.

The Tennessee product has proven to be a threat both in the air and on the ground even with teammate Mark Ingram getting snaps. Kamara is a true every-down back that is a threat to score every time he touches the rock.

Kamara should star in what will be a high-scoring affair on the road in Cincinnati. There is not much to this pick. The LA Chargers are going up against an Oakland Raiders team that only managed to come away with 3 points against a below-average San Francisco 49ers team.

The Chargers defense has continued to improve week in and week out and have logged 4 double-digit fantasy point performances this season.

The defensive front should have a field day against the banged up Raider offensive line, while the secondary should have no trouble dealing with a receiving core that lacks a true #1 option.