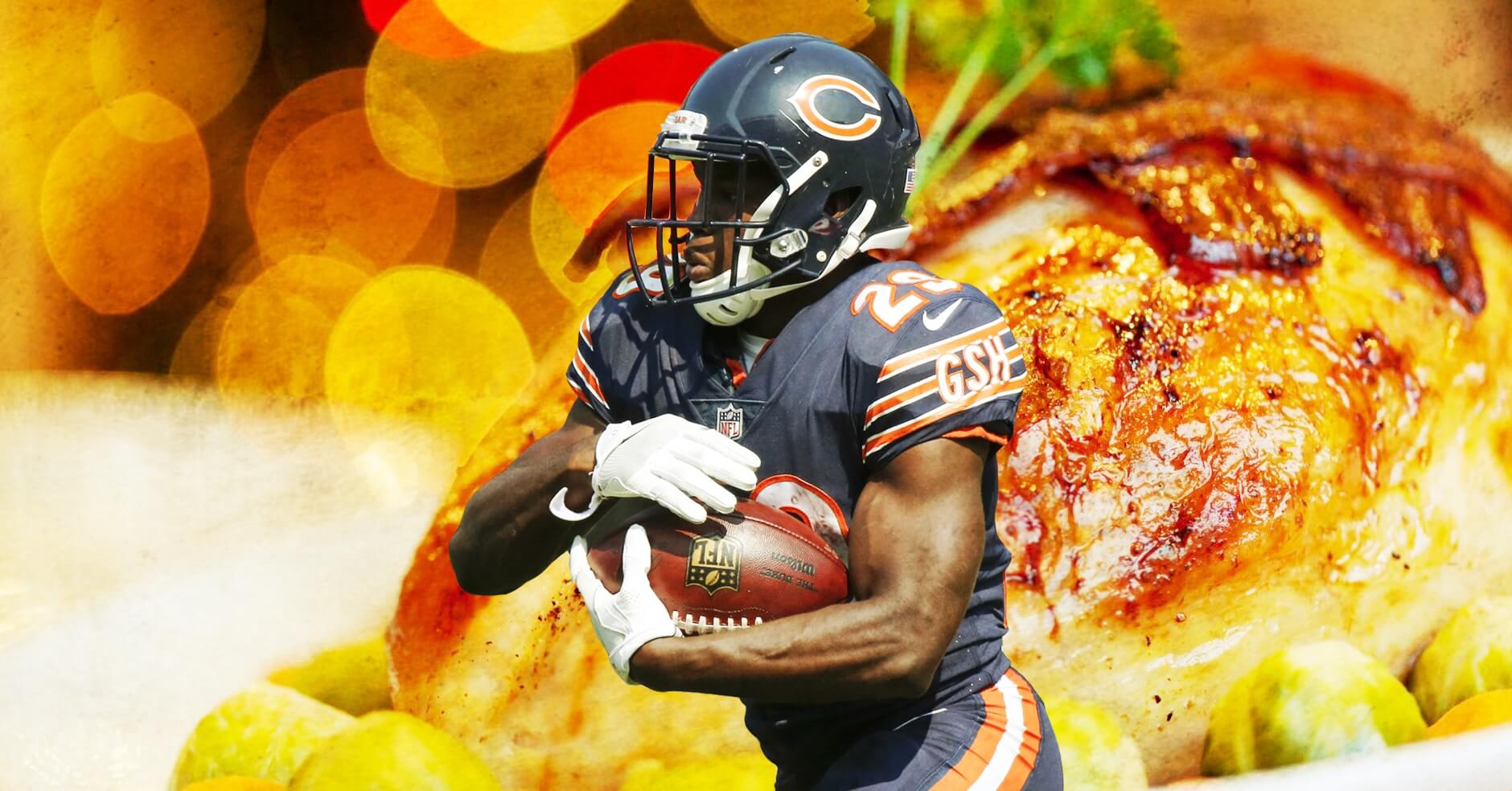 It is truly a special time of year. College basketball is underway, college football playoff rankings are up and the greatest holiday of them all is upon us — Thanksgiving.

Thanksgiving brings us not one, not two, but three NFL games starting at 12:30pm ET giving us a loaded day of football.

In honor of the holiday, the Sneaky Plays Podcast crew decided to do an extra podcast this week and take a shot at the three Turkey Day matchups on Captain Mode for DraftKings.

Captain Mode highlights one game at a time and allows you to pick players from both teams. You must pick one Captain and five FLEX players.

All other players are priced and scored regularly.

If you’re not on DraftKings, and wanna win some extra cash while stuffing your face, click here for a quick, easy-peasy sign-up.

Here’s how your lineups should look:

Cohen is a safe Captain play now that Trubisky is more than likely out. Chase Daniel will utilize “The Human Joystick” as a safety valve in the flat, giving the shifty playmaker a high floor.

The Cowboys defense has been solid all year as they’ve allowed just one team to score more than 24 points against them.

Facing the fumble-prone Adrian Peterson, the Dallas defense could be looking at some turnovers.

The New Orleans kicker is a sneaky Captain play this week. Lutz should put up serious numbers as the Saints’ high-octane offense will be scoring often.

He’s been consistent all year, connecting on 21 of his 22 field goal attempts.

For a more in-depth (and hilarious) look, listen to the Sneaky Plays Thanksgiving Day Special:

Now go and feast.  And win some money while you’re at it.