Making money is fun, right?! Due to my recent successes, I’ve realized that I can help you all out even more.

From now until the end of the season, I’ll be selecting enough players to complete a full roster on DraftKings. With the help of my favorite insiders on the Sneaky Plays podcast, I’m going to bring you a full lineup that is sure to put more money in your pockets! 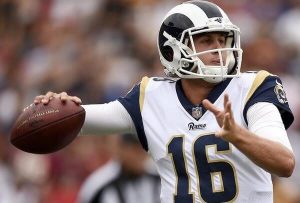 Jared Goff is going up against a 49ers defense that was picked apart by Aaron Rodgers through the air this past Monday night.

Goff has been nothing short of efficient this year through the air. He’s thrown 12 TD’s and is averaging 321 yards per game. T

he 49ers defense ranks 31st against QB’s and there are no signs of that changing anytime soon. 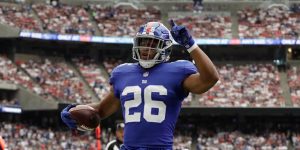 If you haven’t figured it out already, I like to pick players going up against bad defenses.

This is why Barkley is a must-play coming off a career game against the Eagles where he rushed for 130 yards and caught 9 passes for 99 yards. He faces off against a Falcons defense that loves to give up points.

With Barkley being Eli Manning’s primary target, look for the rookie RB to light up the stat sheet in primetime for a second straight week. 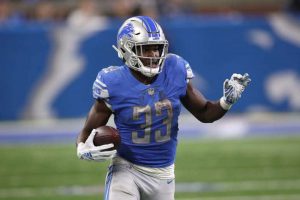 Kerryon Johnson has worked his way into the lead back role for the Lions this season and is averaging 57 yards per game on the ground.

With Theo Riddick unable to suit up, look for Johnson to play a pivotal role in the passing game as well. Kerryon My Wayward Son. 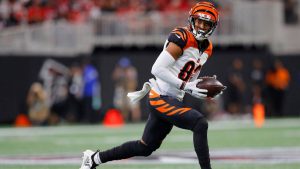 If I could pick Tyler Boyd every week, I would.  The third year wideout is slowly becoming Andy Dalton’s favorite target.

Boyd is averaging 76 yards receiving per game and goes up against a Chiefs defense that ranks near the bottom of the pack in every category. 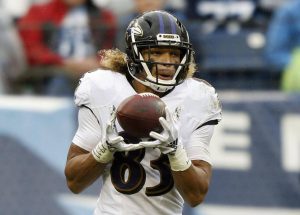 Snead is a target machine and is facing a Saints defense that’s been very generous to slot receivers.

Snead is averaging 52 yards per game and will look to up that average against the Saints. Look for him to push for double-digit targets on Sunday. 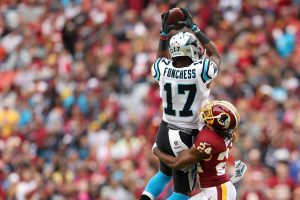 In the last few weeks, Devin Funchess has been getting better and better. With Greg Olsen back in the mix, Funchess will avoid double coverage and find ways to get open.

Funchess is averaging 62 receiving yards per game so far this season and I think he’ll surpass that number this week against a deficient Eagles secondary. 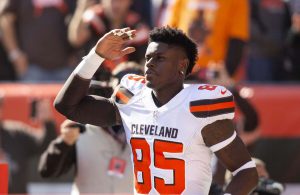 This might be the first week of the season that I am confident in the tight end position!

Priced at $4,200, you cannot go wrong with a TE that’s going against the Tampa Bay Buccaneers. Njoku is averaging 41 receiving yards per game and is going up against a defense that has been getting torched through the air this season. 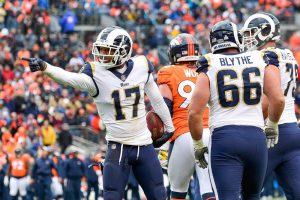 Roberts Woods is averaging 87 yards per game and is going up against a lackluster 49ers defense. With Cooper Kupp sidelined, look for Woods to put up top-10 numbers for WR’s this week. 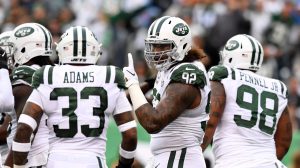 My strategy with defenses is to look at the bottom of the barrel to see what you can get. This week, the New York Jets caught my eye.

The Jets are coming off a victory over the Colts where they were able to bring pressure and force turnovers. Look for the Jets to rally behind their home crowd and get to Kirk Cousins, whose coach is concerned about his fumbles.