Dustin Pedroia: A Laser Show with an Unstoppable Motor 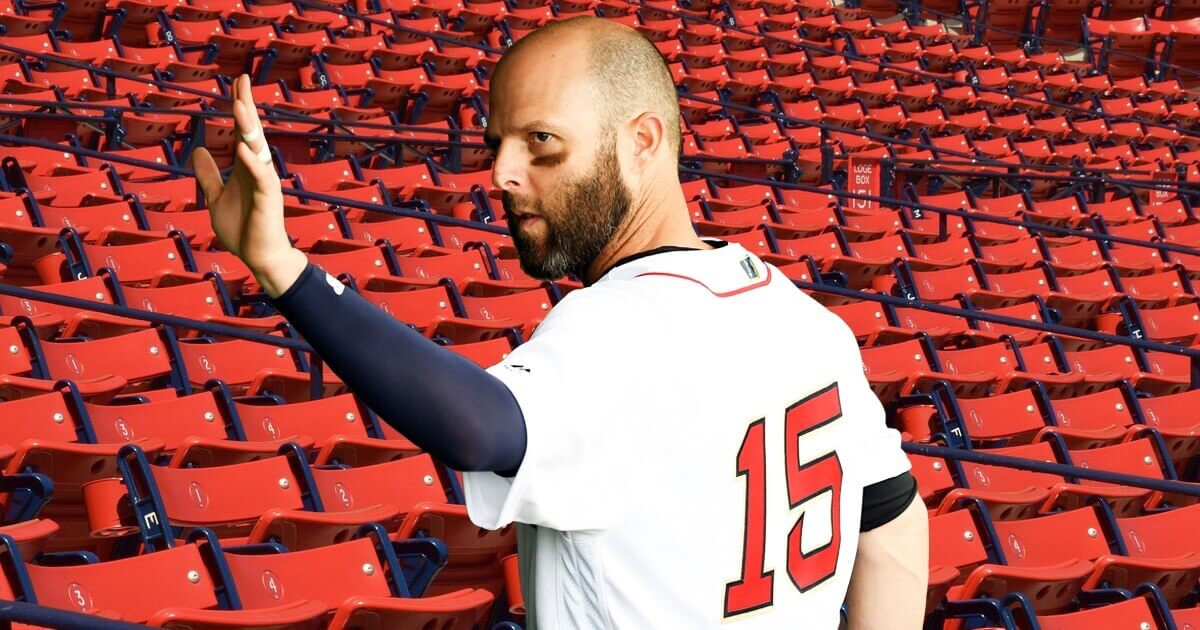 He goes by many different monikers: Pedey, the Muddy Chicken, and my favorite, Laser Show. Each name represents a different story of the legend of the little engine that could, Dustin Pedroia. As he famously said to all pitchers, “Continue to throw me the high fastball.”

Pitchers always thought this extremely undersized second baseman, with a huge upper-cut swing, could not catch up to their blazing 95 mph fastballs. Almost every time, the pitchers were sorely mistaken as Pedroia rocketed their offerings over the Green Monster.

I remember those days like yesterday, so it pains me to see how much he is struggling today.

It was a sobering moment when Pedroia expressed skepticism about his baseball future.  Pedroia experienced a setback in his recovery from a knee injury and the Red Sox announced they were placing the four-time All-Star on the 60-day IL.

Based on Pedroia’s somber reflection during the subsequent press conference, it seems unlikely that he will ever play again, much less at an All-Star level.  The story updates in the ensuing days only lessened these odds. And reading Terry Francona’s quotes is certainly an emotional experience.

People always ask me if I wanted to be bigger. I say no. I always wanted to be a miniature badass. -Dustin Pedroia pic.twitter.com/pc0PFzTQWe

His Baseball Reference page lists his height and weight as 5’9” and 175 pounds respectively. This listing is generous. I feel like they measured his height when he had three-inch cleats on and just ate a four-course meal.

But don’t let his height and weight deceive you. Despite his diminutive size, Pedroia has always maximized his talent through an indomitable will and indefatigable spirit.

I am extremely tempted to use some hackneyed segue about how you cannot quantify heart or grit, but I’ll resist the urge for now.

Selected in the second round of the 2004 draft out of Arizona State, Pedroia’s story may not have the typical underdog trajectory.  After all, ASU is a college baseball powerhouse, and Pedroia clearly drew the attention of scouts despite his underwhelming physical profile.

What is not well-known is that Ian Kinsler, the perennial Gold Glove second baseman, came to Arizona State at the same time as Pedroia. They both competed for the starting shortstop role as two highly-touted recruits.

Jim Morris Interview: The 35-Year-Old Rookie’s Story (In His Own Words)

When it comes to competition, Pedroia will do anything it takes to win without compromising his integrity or putting down others.

The Red Sox would break an eighty-six year drought about four months after drafting Pedroia. Although he was not a member of the immortal championship team, Pedroia was still fortunate to be drafted by a top-notch organization.

Heart & Soul of The Sox

It was a blustery night in October in Denver, Colorado, the site of Game 3 of the 2007 World Series. The Red Sox had just seized a 2-0 series lead. Pedroia entered the players’ only area to go into the clubhouse, but a security guard stopped him.

The guard probably thought, “There is no way this guy is a major leaguer, he looks like he just graduated high school.”

Pedroia handled the situation with great aplomb, but later explained that he did it in his typical way by mentioning that he blasted a home run off Colorado’s ace in Game 1. He eventually pushed on through, undeterred; nothing could stop him from living his dream.

A knee injury sidelined Pedroia for nearly the entire 2018 season, including the Sox’ dominant postseason run en route to another title, his leadership was palpable.  Brock Holt, another Sox underdog hero, declared Pedroia as the team’s “heart and soul,” even still.

His impact on the franchise resonates far beyond his accolades.  In addition to those four All-Star nods, Pedroia was named AL Rookie of the Year and MVP in consecutive seasons and earned four Gold Gloves.

Perhaps most fittingly, he also won the MLB Heart & Hustle Award in 2013 and was the Red Sox nominee for seven consecutive seasons (2010-16).  You may not be able to quantify heart, but you can definitely tell when someone’s demonstrating it.

Pedey busts his ass every time he steps on that diamond, and his teammates and peers have always recognized this.

While I admire Pedroia’s determination and could gush about his hustle all day, the scrappy underdog narrative should not overlook the fact that this dude has always raked.

There’s a reason he became known as the “Laser Show” and had sandwiches named in his honor.  His career slash line currently stands at .299/.365/.439, which is rock solid but looks more impressive if you remove his initial call-up stint (2006) and these past two injury-ravaged seasons.

He was the MVP in 2008, but you can argue that he was more productive in 2011.  And for anyone thinking he declined offensively several years ago, he amassed 201 hits in 2016.  I cannot envision any scenario in which he ever plays second base regularly, but he could extend his career as a designated hitter if his knee heals.

The reality is that Pedroia will turn thirty-six this August; problematic joints typically do not improve as hitters age.  While a DH role reduces the physical demands, he will still have difficulty running the bases which is crucial to his offensive game (394 doubles).

I am not willing to rule out a return, regardless of how bleak things look. After all, he’s proven detractors wrong throughout his career.

This portion of the inspirational movie, Rudy, says it all. Pedroia literally is five-foot nothing, 100 and nothing. And, since 2007, he has not only hung around with the best baseball players in the world, he’s dominated.

There was once a highly-touted baseball prospect named Ruben Rivera. He could run, throw, and take unforgettable batting practice, but he never became a great baseball player.

Pedroia, on the other hand, has proven his doubters wrong time and time again despite underwhelming physical characteristics.

Whether Dustin Pedroia decides to return or retire is up to him. But we all hope to see the Laser Show play one more time.

Maybe pitchers will try to throw him that high fastball.