Deep Tracks You Should Listen To Right Now 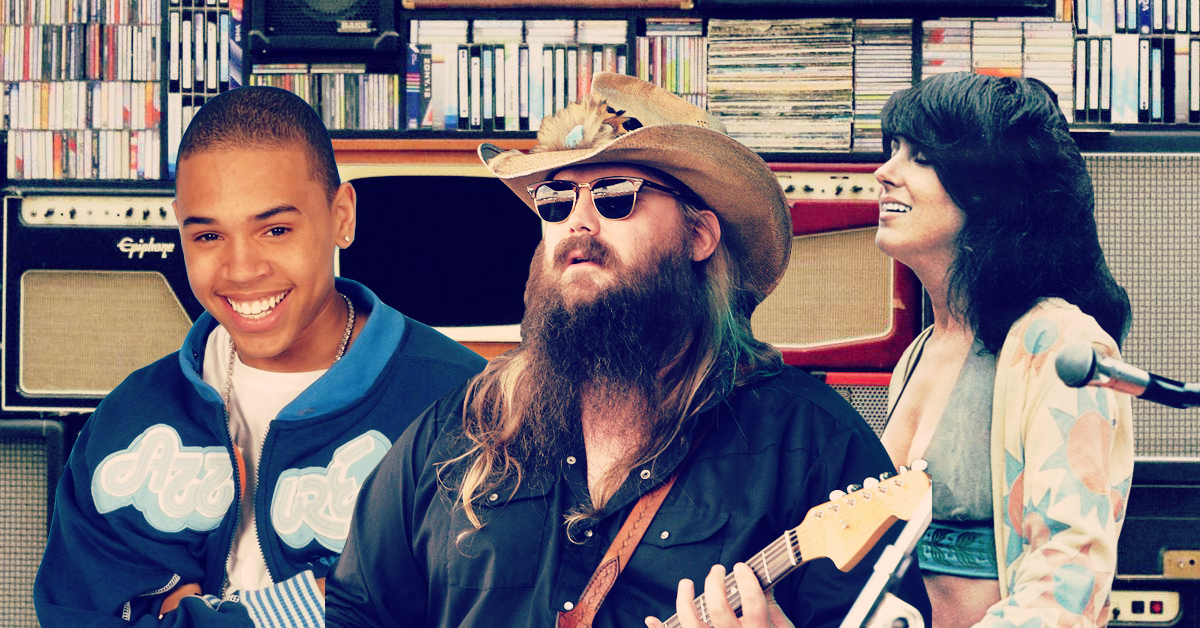 Across the world and especially in the United States, there’s been an immense amount of music released. Far too much for the average listener to get to. It’s difficult enough to get through the entire catalog of some of the greatest artists of all-time.

So here’s an in-depth look at songs you may have never heard from artists you’ll definitely recognize. It will cross many genres and generations, but all are very worth your time and ears.

Lupe Fiasco was once one of the most critically acclaimed hip-hop artists in the mid-2000’s. He reached commercial success through his feature verse on “Touch the Sky” with Kanye West, as well as his hit single “Superstar” (#10 US).

Fiasco is one of the most lyrically-advanced artists, especially in the rap game. Yet, many do not know of his phenomenal three-part mixtape series: Fahrenheit 1st and 15th. Handcuffs comes from ‘Part II – Revenge of the Nerds’ and this song does not disappoint.

Lupe raps over the beat used for “Only You” by Ashanti which is guitar heavy and it works perfectly for both songs. Lupe delivers his verses aggressively, telling a story from two sides.

One side being that of a young man forced into a life of crime who’s now facing issues with the law. And the other is that of a corrupt police officer. Lupe’s delivery and storytelling are what makes this song great. He ends it by stating “Maybe he should be in them handcuffs”, referring to the corrupt officer.

Gabriel is one of the greatest musicians of all-time. He’s always flourished with intelligence and creativity, and this musical genius struck gold with his third solo album Peter Gabriel 3 (Melt).

Many people know him for his hit singles “In Your Eyes”, “Sledgehammer”, and “Solsbury Hill”. However, his discography includes a plethora of songs that draw emotions and show why he was inducted into the Rock and Roll Hall of Fame twice.

“I Don’t Remember” was the fourth and final single to be released off of the album, and the single version differed from the album version, making it a bit more radio-friendly. Unfortunately, the single only reached #107 in the US, taking a backseat to “Games Without Frontiers”, “Biko”, and “No Self Control”.

But this song is just as good, captivating you with it’s eeriness and overpowering chorus. There are numerous interpretations to the meaning of this song, just like many of Gabriel’s other tracks. My personal favorite line from this track is “Strange is your language and I have no decoder”.

Grace Slick is, in my opinion, the greatest female rock vocalist of all-time. Unfortunately, her solo work has not transcended time like her work with Jefferson Airplane.

She achieved critical and commercial success with the psychedelic rock band with singles such as “Somebody To Love” and “White Rabbit”. Her solo work, however, is not as good as her group efforts. But it is still music that deserves your appreciation.

“Dreams” was Slick’s second single off her second solo album and it reached #104 on the US pop charts. But I believe it deserves much more credit. Along with Slick’s heavenly voice, the song features a beautiful progression from a simple piano to a thunderous big band feel, before once again returning to the piano. I actually have this record on vinyl and the title track sets up the album in grand fashion.

My favorite line from this track is “Sodom and Gomorra I see you’re back in town, and though you build a wall around you, the multitude still found you”.

I’m sure many of you are currently saying “Who the hell are The Steeldrivers?!?”. Well, it was Chris Stapleton’s first band. They did not achieve quite as much success as Stapleton’s solo career did, but they were amazing and were even nominated for four Grammy’s.

I would describe them as a folk rock or Southern rock type band. They are a bit more fast-paced than most of Stapleton’s catalog, but with just as much soul. Country is one of my least favorite genres, but Chris Stapleton seamlessly blends folk with rock music and is an amazing songwriter.

He’s won five Grammy Awards out of seven nominations and he also has co-written six different number-one country songs.  Stapleton even wrote and sang two songs for the Pixar film Ratatouille which are worth checking out as well if you get the chance. All in all, he’s among the most well-respected singer/songwriters in the music industry.

“To be With You Again” begins with about a minute-long solo of Stapleton’s vocals nearly standing alone before the rest of the band’s music joins in. Then, it picks up, a bit more fast-paced with added female vocals, and ties in together very well.

Stapleton has been phenomenal for a very long time and this song shows why. My favorite line from this track is “Between a poor man’s word and a rich man’s gold, whose chances would you choose? The judge and jury close their eyes, and justice don’t come true”.

Here are some honorable mentions that are also worth a listen:

This article is meant to expand your musical horizons and hopefully help you discover new pieces of art that you may have never heard before.

Please comment below any additional deep tracks you would like myself and other readers to check out.

Deep Tracks You Should Listen To Part II: The Queens’ Reign

Phil Collins: The Most Unlikely Superstar