Week 11 of the NFL Season is here! This week has a solid lineup of primetime games, not including the thriller that already took place on Thursday night.

Avoid the stresses of not making the playoffs in your fantasy league and create a winning lineup on DraftKings with help from myself and our fantasy insiders on the Sneaky Plays podcast!

Here are some under-the-radar players to help you do it. 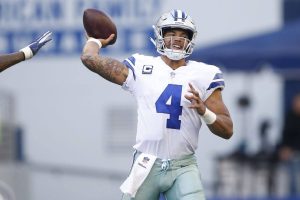 I know I hated on the Cowboys last week, but it’s tough to ignore what Dak has been doing lately. Over his last 4 games, the young QB has thrown only 1 interception and is averaging 22.5 fantasy points — not too shabby!

This week, Dak and the Cowboys face an Atlanta Falcons defense that ranks 31st against QBs and got picked apart by rookie Baker Mayfield last week.

The addition of Amari Cooper has evidently helped Prescott and thus gives him a safe floor against a poor Atlanta defense. 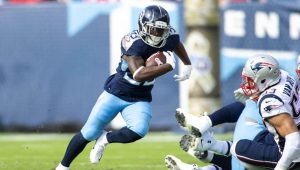 Dion Lewis has been getting twice the amount of touches as fellow running back Derrick Henry as of late and I don’t see that stopping anytime soon. While Henry has been successful on his goal line carries, Lewis does most of his dirty work.

A threat in the passing game, Lewis sees a lot more snaps. More time on the field is a recipe for success in fantasy. I can see this game being a good one, as the Colts offense is clicking.

I wouldn’t be surprised if Lewis is needed late in this game to come up with a big play — something more than capable of doing.

Look for Lewis to have success running and receiving against a Colts defense that ranks 23rd against RBs. 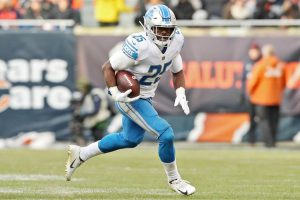 I really like Theo Riddick this week. Over the last 2 games, the former Notre Dame star secured 13 of 15 targets for a respectable 96 yards.

He’s taken over the role of Golden Tate in the slot, ultimately capturing his target share. As we saw last week on Thursday Night Football, the Carolina Panthers are not as strong of a defense on the road.

With Detroit’s struggles defensively as well, Riddick could be featured in a potential shootout in Motor City. 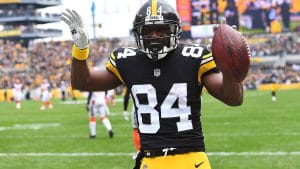 I think it’s safe to say that I am not afraid of Jalen Ramsey! Kidding. Ramsey is as talented as they come. However, I don’t see how he and his fellow defensive backs are going to stop Antonio Brown.

AB has at least one TD in each of his past seven games, giving him a total of 10 on the year. While the Jaguars defense ranks 1st against wide receivers, the Steelers offense is rolling.

Ultimately, they simply have too many weapons to be contained, and AB will be the main beneficiary. 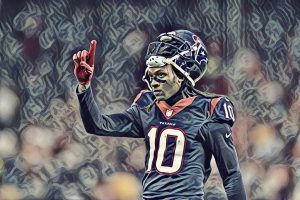 Hopkins and the Texans have been rolling, rattling off 6 straight wins and taking over first place in the AFC South. I can see this trend continuing.

Hopkins is facing off against a Redskins defense that’s generous to opposing WRs, ranking 28th in the category. Coming off a bye, I’m expecting his QB, DeShaun Watson, to shine.

When Watson is on his game, it’s difficult to stop the Houston offense and it’s impossible to stop DeAndre Hopkins. 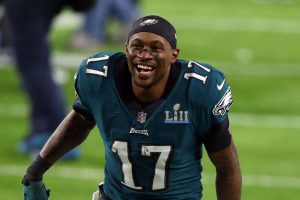 I know Alshon has struggled in the last 2 games, but look for him to bounce back this week in New Orleans.

The Saints defense ranks 32nd against opposing WRs and 31st in passing yards allowed per game. With the Eagles in desperation mode, I have a feeling this game is going to be in the hands of Carson Wentz.

The Philly QB will most likely be slinging the pigskin all over the field, much to the benefit of his #1 WR Alshon Jeffery.

This game is destined to be high scoring and it is a must-win for Philadelphia. Look for Jeffery to go full beast mode in an effort to lead his team to a much-needed victory on the road. 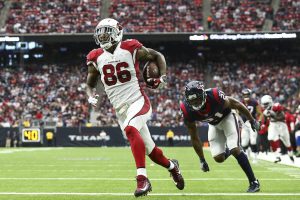 Ricky Seals-Jones not only has the coolest name in football, he has the most rad offensive coordinator in the game in Byron Leftwich.

Arizona hosts the Oakland Raiders this week, a team that loves to give up points and is kind to TEs, ranking 26th against the position. With Leftwich as their new OC, the Cardinals offense is steadily progressing and Seals-Jones should see a nice chunk of the targets again this week.

We Advise You to Back Up, Like Byron Leftwich. 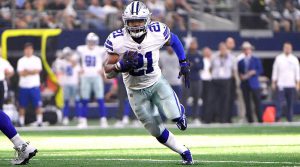 Zeke is a beast. On Sunday Night Football, the star running back ran all over a formidable Eagles defense, notching 39.7 fantasy points!

This week, Zeke goes up against the Atlanta Falcons, a defense that ranks 32nd against RBs. Elliott has the tools to run both through and by defenders, making him a threat on the ground and in the air.

With his QB playing well and being a threat in the passing game, Zeke should be able to take advantage of his plethora of opportunities. Look for Zeke to light up the scoreboard in a potential shootout in Atlanta. 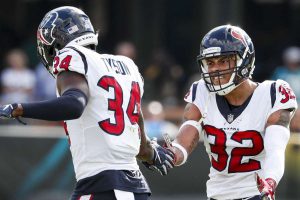 The Houston Texans are coming off a bye and heading into battle against the Washington Redskins this week.

Look for the Texans defense to rack up multiple sacks and force a turnover or two.